A group of Iranian and American musicians are using digital media to create music together, which they hope will spread joy and promote unity at a time when the two countries with strained relations are reeling from the coronavirus pandemic.

Singers from Washington, DC-based opera company IN Series and members of the Solidarity Chamber Orchestra of Tehran collaborated over video and other digital media to perform a rendition of German-British composer George Frideric Handel’s “Serse,” an operatic series based on the story of Xerxes I of Persia.

A video of the performance, produced with help from the North American Iranian Friendship Association (NAIFA), was released this week.

In the video, 19 musicians performed the musical composition in a socially distanced setting at Tehran’s famed Roudaki Hall, while seven American opera singers in Washington sang along.

The performance was overlaid with recitations of poetry from Rumi, the 13th century Persian poet and philosopher.

Fatemeh Keshavarz, director of the Roshan Institute for Persian Studies at the University of Maryland, and Vahid Abideh, founder of the NAIFA, came up with the idea in April.

Besides a beautiful performance, Abideh told CNN they wanted to combine Western music with Persian poetry to help bridge the cultural divide between the United States and Iran.

“The musicians on both sides are tremendously excited about helping us transcend the toxic threats of war and sanctions, rise above politics, and acknowledge each other’s art and humanity,” Keshavarz said in a statement.

“This is particularly needed at a time like this when the world is in the grips of a ferocious pandemic,” she said. “It is a time to see each other’s humanity and help each other heal. Nothing can do this better than art.”

Timothy Nelson, artistic director for IN Series, described the collaboration as an effort to “make the impossible possible.”

Correction: A previous version of this story misstated which Iranian orchestra participated in the musical collaboration. It was the Solidarity Chamber Orchestra of Tehran. 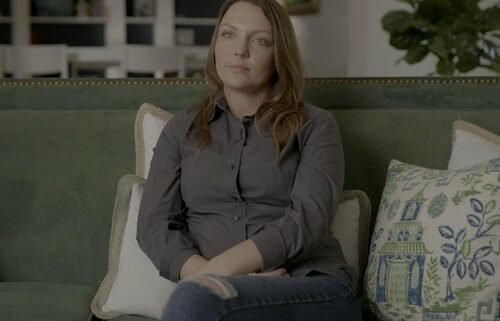