Measles has killed more than 6,000 people in the Democratic Republic of Congo (DRC), the World Health Organization has said.

In a statement Tuesday, the organization called on international partners and agencies to increase resources to fight what it called the “world’s worst measles epidemic.”

Around 310,000 suspected measles cases have been reported in the DRC since last year and a shortage of funds remained a “huge impediment” to efforts to curb the outbreak, the WHO said.

The WHO said even though the agency and its international partners have vaccinated 18 million Congolese children under the age of 5 against the disease, routine immunization coverage is still low across the country. It said 25% of reported cases in the country occurred in children under 5, who are most vulnerable to the vaccine-preventable disease.

The organization said that although it has mobilized $27.6 million, it needed a further $40 million to include children aged between 6 and 14 in vaccination programs while also bolstering other health responses to the outbreak.

“We are doing our utmost to bring this epidemic under control. Yet to be truly successful we must ensure that no child faces the unnecessary risk of death from a disease that is easily preventable by a vaccine. We urge our donor partners to urgently step up their assistance,” Dr. Matshidiso Moeti, WHO’s Regional Director for Africa, said in the statement.

Measles, a highly contagious virus, spreads through coughing and sneezing and can live in the air after an infected person has coughed or sneezed for up to two hours. When someone without immunity breathes the contaminated air or touches an infected surface, they can contract the virus, according to the US Centers for Disease Control and Prevention.

Amédée Prosper Djiguimdé, the officer in charge of the WHO’s office in the DRC, said that while the agency recognizes government and donor contributions in ending the deadly outbreak, more effort is needed.

“Thousands of Congolese families need our help to lift the burden of this prolonged epidemic from their backs. We cannot achieve this without adequate finances,” Djiguimdé said in the statement.

The Democratic Republic of Congo is battling both measles and a devastating Ebola epidemic — the second largest and second deadliest outbreak of the disease in history — that began in August 2018. Widespread mistrust of health systems and militia conflict in some provinces in Congo are among many obstacles facing health agencies working to end the twin epidemics in the country.

As in the case of Ebola, the WHO said it has been difficult to gain access to vulnerable communities because of outbreaks of other diseases and the security situation in some areas.

In November, four health workers who were responding to the Ebola outbreak were killed in eastern Congo. A Cameroonian doctor was shot to death in April at a hospital in Butembo, where he treated Ebola patients.

The WHO said 60 health workers who were trained in December would be deployed across the country this week to assist the agency and — among other services aimed at tackling measles outbreak — conduct community engagement. 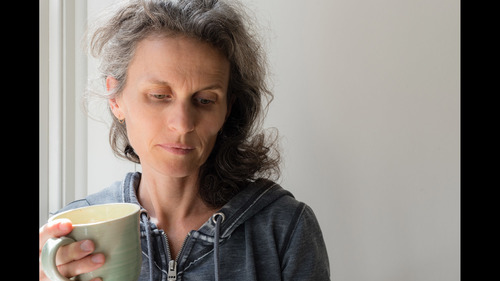