There are a lot of things to be nervous about. Iran. Trade tensions with China. Recession fears. Sky-high national debt. The fallout from impeachment and the upcoming US presidential election.

Yet stocks remain near all-time highs. It’s not necessarily the wisest time to take your money out of the market.

So what is a conservative long-term investor with a case of the jitters to do?

Fortunately, there are several so-called minimum or low volatility exchange-traded funds from such respected money management firms as Fidelity, BlackRock, Invesco and others of their ilk.

These ETFs tend to own stocks that pay high dividend yields, and should hold up better if the overall market suddenly gets a lot noisier. Invesco’s S&P 500 Low Volatility ETF, for example, is heavy on high-yielding utilities. That’s been a good bet lately since the Dow Jones Utilities Average is up more than 25% over the past 12 months.

Dow components Microsoft and Johnson & Johnson — which are both trading near all-time highs — are among the biggest positions in the Fidelity Low Volatility Factor ETF. Gold miner Newmont and stodgy Dow consumer giants Coca-Cola and McDonald’s are in the top five holdings of the iShares Edge MSCI Minimum Volatility USA ETF.

These and many other low and minimum volatility ETFs offer investors a mix of value stocks that have some of the characteristics of safer bonds, said Troy Gayeski, co-chief investment officer at SkyBridge. They should benefit from a flight to safety.

Financial stocks are another group that may benefit from low volatility. Banks have outperformed the broader market in four out of five recent periods of low volatility, according to KBW analyst Fred Cannon.

That’s worth keeping in mind as JPMorgan Chase, Wells Fargo, Citigroup, Goldman Sachs, Bank of America and Morgan Stanley are all due to report their earnings this week.

The almost eerie sense of calm on Wall Street — a phenomenon that some have dubbed a market melt-up — could last for the foreseeable future.

As a result, Gayeski said investors could be missing out on bigger gains by shunning riskier parts of the stock market, such as tech, in favor of stodgy, dependable dividend payers.

The US-China trade agreement, due to be signed this week, could keep the broader market rally going for some time. That means that now may not be the right time to adopt a more prudent, risk-averse strategy.

“It’s too early to be defensive. The ‘phase one’ China deal may not be a Kumbaya-let’s-hug-each-other moment, but it stops things from escalating further,” Gayeski said.

Prepare for the market to eventually get bumpier

Others argue that the market won’t remain this sanguine indefinitely.

“I understand why people are anxious. We are getting late in this economic cycle. People are opting for some good old-fashioned dividend players,” said John Norris, managing director of wealth and investments for Oakworth Capital Bank.

Norris told CNN Business he’s “astonished” by how quickly Iran has vanished from the financial news headlines. But he added there are still question marks about the health of earnings, the Federal Reserve’s rate policy and a potential economic slowdown.

“You should see more normal levels of volatility this year,” Norris said.

With that in mind, it may make sense for investors to favor blue chip stocks in more stable sectors, says Quincy Krosby, chief market strategist with Prudential Financial.

Krosby argues that there is still uncertainty about what will happen with the United States and China even after a preliminary trade deal is signed.

She added that CEOs and CFOs may hold off on some key business decisions until the outcome of the presidential election becomes clearer. A more progressive Democratic candidate could spell trouble for the health care, retail and tech sectors.

“Is there an all clear signal for the broader market? No. You’re going to have to take things quarter by quarter,” Krosby said. “That’s why it will be important to focus on quality companies with strong cash flows and steady dividends.” 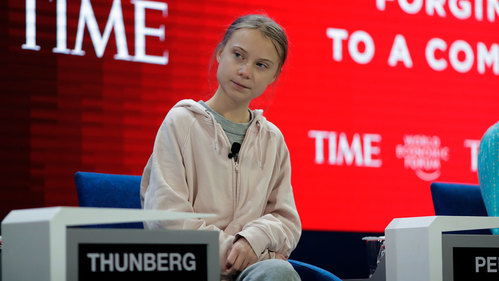 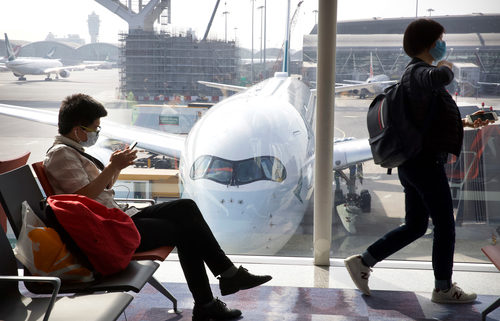