Low interest rates are hurting banks’ bottom lines, and Wells Fargo is no exception. That led the bank’s new CEO to a rough start in his first earnings report Tuesday.

Wells Fargo’s fourth-quarter results missed analyst expectations. Although the bank wants to improve its financial results, its priority is getting out from under the thumb of regulators.

“We do have the opportunity to raise the standard,” in the industry, CEO Charles Scharf said on Tuesday’s earnings call.

Scharf, formerly CEO of Bank of New York Mellon, took the reins at Wells Fargo in late October, following a six-month struggle to find a replacement for former head Tim Sloan. Sloan exited the bank after failing to convince lawmakers and regulators that the bank had significantly changed its culture from the scandal-plagued one that led it into its mess.

“During my first three months at Wells Fargo, my primary focus has been on advancing our required regulatory work with a different sense of urgency and resolve, while beginning to develop a path to improve our financial results,” Scharf said in the company’s earnings release.

The CEO called the bank’s opportunities to improve its performance “substantial”.

“We’re actively working through what the right way is to structure the company with her retirement,” he said on the earnings call.

Other structural changes, such as whether to spin off business units, are not planned, but Scharf said that “like every other company we should sit and ask the question of whether we need to do everything.”

Efficiency is another priority for the bank, according to CFO John Shrewsberry, who said “expenses were too high” in the earnings statement.

The company is still grappling with the fallout from its fake accounts scandal and culture of problematic practices.

On top of that, the low interest rate environment is weighing heavily on all banks. Banking “is the sector that had to work against the macroeconomic environment more than any other” after the Federal Reserve cut interest rates three times last year, said JJ Kinahan, chief market analyst at TD Ameritrade.

The bank’s net income more than halved to $2.9 billion in the final three months of 2019, compared with $6.1 billion in the same period the year prior.

Investors earned $0.60 per share, versus the Refinitiv consensus expectation of $1.12, as litigation expenses weighed. In the full year, earnings per share amounted to $4.05, versus $4.56 expected.

Revenues dropped by more than a billion dollars to $19.9 billion.

The bank’s stock fell in response to the release. Shares last traded 3.9% lower. 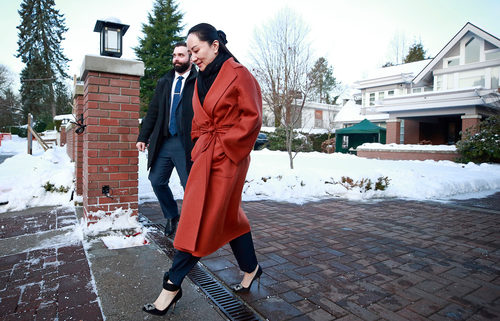