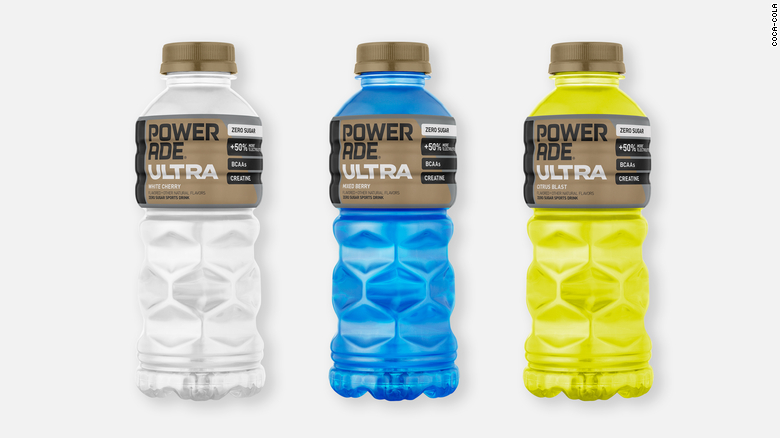 Powerade is getting a makeover.

For the first time in 13 years, the sports drinks brand is redesigning its packaging and launching two new calorie-and sugar-free products: Powerade Ultra and Powerade Power Water. Both are hitting shelves this winter.

For Coca-Cola, which makes Powerade, the revamp is a way to boost the brand by appealing to a broader group of people: those who work out casually, people who focus on strength-training and serious athletes.

Powerade Power Water is designed for casual athletes — people who jog, do yoga or crossfit for exercise, for example. The flavored water product is enhanced with electrolytes and comes in berry cherry, tropical mango and cucumber lime flavors.

Powerade Ultra is for people who are more focused on building strength. The product comes in miixed berry, white cherry and citrus blast flavors. In addition to electrolytes and vitamins, Ultra contains creatine, which can be consumed as a supplement.

Both products feature Powerade’s new, sleeker look, which includes grippable plastic bottles. They also showcase a slightly different logo, where “power” is on a separate line from “ade.” Every Powerade package, including classic Powerade and Powerade Zero Sugar, will feature the new design elements. The old packages should be off shelves within a few months.

Sports drinks in general are an attractive market for companies like Coca-Cola and PepsiCo. Though they’re only slightly more expensive to make than soft drinks, they’re sold at a premium, explained Laurent Grandet, a food and beverage analyst with Guggenheim Securities.

“Those products are very profitable,” he said. According to Nielsen, US sports drinks sales reached $6.5 billion in 2019, an increase of 6% from the previous year.

Gatorade, Powerade’s main competitor, launched a zero-sugar version of its product in 2018 to keep the brand fresh. But Powerade, which introduced its own zero-sugar product in 2007, hasn’t upgraded the brand since then, letting competitors gain some ground.

In 2020, with new insights into how people work out, Coca-Cola is “recommitting” to Powerade, Shane Grant, who leads the water, sports, tea and coffee businesses for Coca-Cola North America said. “We’re really bullish on the brand.”

Coca-Cola says it aims to be “a total beverage company” by selling sports and energy drinks, soda, coffee, water, tea juice and other beverages to all kinds of consumers. The new Powerade platform is a way to bring in more customers — even if that means competing with itself.

People used to reach for sports drinks when they played sports, coffee for caffeine, and beer for alcohol. Today, new types of drinks — like alcoholic or caffeinated seltzer, for example — are blurring those categories.

That means competition across traditionally distinct beverages is heating up. And that trend has made Powerade appear a bit stale by comparison.

“If you broaden beyond sports drinks you’ve got many other products that are competing for the attention of athletes and workout enthusiasts. Coconut water, electrolyte water, alkaline water … those are all products that people are turning to,” said Duane Stanford, executive editor of Beverage Digest.

One example is Hoist, which “hydrates like an IV, tastes like a sports drink,” according to the brand’s website. Stanford refers to it as part of a group of products that are like “Pedialyte for adults.” Electrolit, another beverage that fits in that recovery category, bills itself as a way to hydrate after spending time in the heat, working out or after a boozy night out.

“Consumers are seeking functionality from beverages in a growing number of categories, which will continue to put pressure on sports, performance and nutrition drinks,” research firm Mintel noted in a March 2019 report on the sports drink category. “The lines are also blurring when it comes to what constitutes a nutritional drink vs a performance or weight loss drink.”

These smaller upstarts don’t individually pose a threat to traditional sports drinks, Stanford said. But “when you add that all up it becomes a significant enough challenge.”

As categories blend, products across Coca-Cola’s portfolio begin to look alike. If Power Water is stocked along other water brands, it may compete with Coca-Cola’s Smartwater and its alkaline and antioxidant products.

Grant isn’t too concerned about the overlap.

Powerade is in more direct competition with Gatorade, the segment leader, and a quickly growing, if much smaller, competitor called BodyArmor — which itself is distributed by Coca-Cola bottlers.

For years, the sports drinks market has been dominated by two players: Gatorade, the segment leader by far, and Powerade.

Gatorade was developed at the University of Florida in the mid-1960s as a way to help hydrate athletes suffering in the heat. Years later, in 2001, PepsiCo gobbled up Quaker, in large part to acquire the powerful sports drink brand. It’s remained an important part of PepsiCo’s portfolio.

Powerade launched in 1988, and is the second sports drink in the US market by sales and volume after Gatorade, according to research company Euromonitor International.

The pair is still far and away the largest sports drinks brands. But recently a young company called BodyArmor has started to steal market share from both brands — and has captured the attention of Coca-Cola itself. Today, Coca-Cola is a minority stakeholder in BodyArmor. The company could one day acquire the brand outright.

“Coke’s in a very unique position,” Stanford said. “They’ve now got to manage these two brands on either end of the spectrum. It’s challenging.”

BodyArmor, which is made without artificial sweeteners, flavors or dyes, is a “more premium” product, Stanford said. It also has a line of water, as well as a reduced sugar and calorie option.

Grant said that Powerade is not trying to serve as a complement to BodyArmor. “We treat BodyArmor as a competitor,” he said. “Our focus is really on building the Powerade business.” 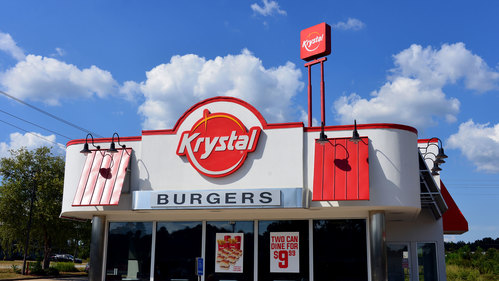 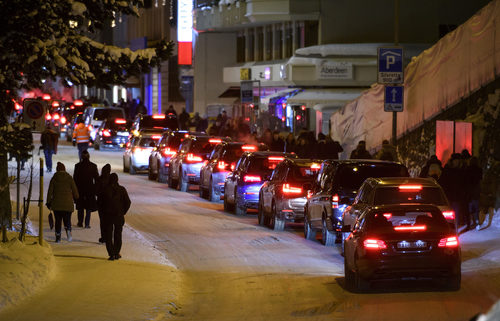