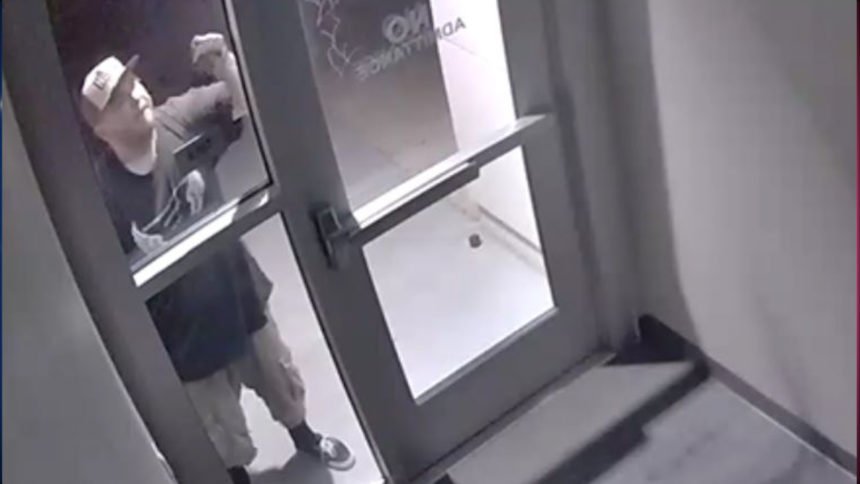 Police are asking for the public's help in identifying the suspect responsible for vandalizing the new Desert Hot Springs City Hall.

The suspect was caught on a security camera. Police say he used an object to scratch nine windows and one door.

The suspect is believed to be a White or Hispanic adult male, according to police

DHSPD say the crime will be a felony vandalism case.