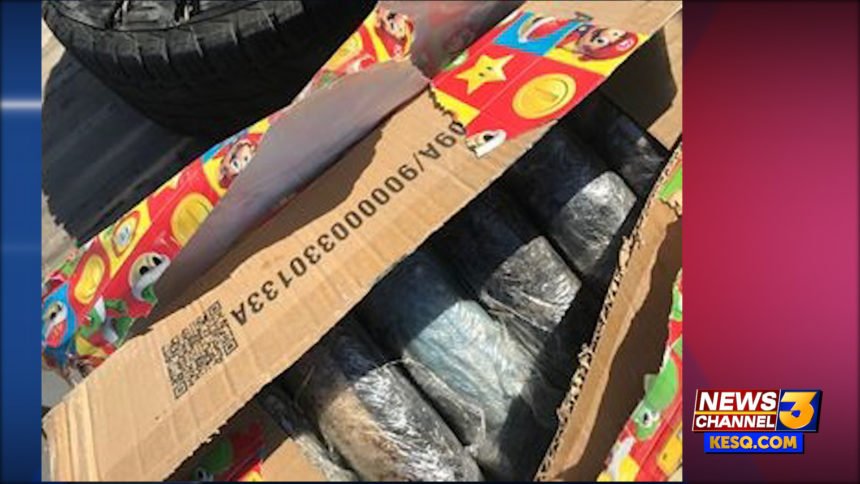 The discovery was made when a Border Patrol agent conducted a traffic stop on a 2003 Brown Toyota Tundra on Thursday at 3:50 p.m.

According to a news release by Border Patrol, the agent's K-9 partner sniffed the exterior of the vehicle and alerted the agent. The vehicle was searched, which led to the discovery of two large gift-wrapped presents and a large plastic tote containing a total of 119 cellophane-wrapped packages.

The man, identified by the agency as a 34-year-old legal permanent resident originally from Mexico, along with the was transported to the Calexico Border Patrol Station for further processing.

At the station, the packages tested positive for the characteristics of methamphetamine. The total weight of the methamphetamine discovered was approximately 135 pounds, with an estimated value of $303,750, according to Border Patrol.

The man, the narcotics, and vehicle were turned over to the Drug Enforcement Administration.