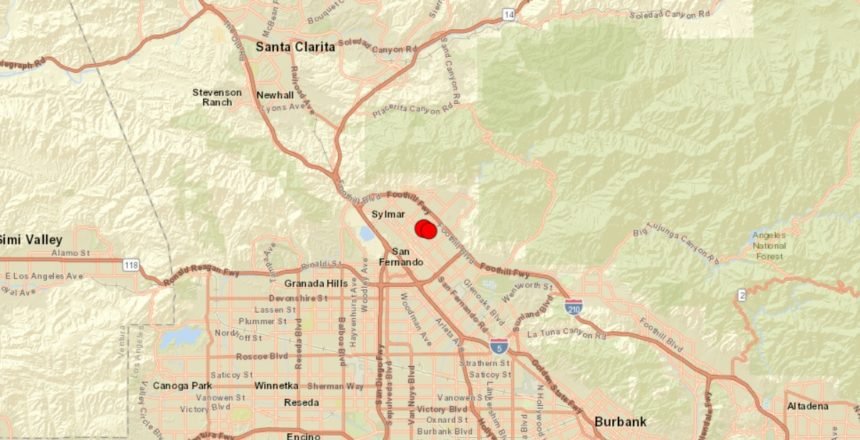 The U.S. Geological Survey reported a 4.2 Magnitude earthquake was centered one mile north of Pacoima.

There were no reports of any damage or injuries, but San Fernando Valley residents said they felt the quake as a sharp jolt.

The temblor struck at a depth of 4.3 miles, its epicenter 1.4 miles north of the city of San Fernando, according to the U.S.G.S.

The quake was initially registered as a magnitude 4.3 quake but downgraded about 10 minutes later by the U.S.G.S. It was almost immediately followed by a magnitude 3.3 aftershock.

A third 3.9 aftershock hit at 6:48 a.m. and was felt where the second had not been. That earthquake occurred in the Sierra Madre Fault Zone, said Paul Caruso of the U.S.G.S.

The Los Angeles Fire Department said it immediately implemented its post-earthquake protocols, with fire department vehicles and helicopters patrolling its 470 square-mile jurisdiction to look for damages or residents
experiencing emergencies. About 5:30 a.m., the department said it had completed its protocols.

"The LAFD has concluded the systematic survey of the City of Los Angeles by ground and air, and is pleased to report that no major infrastructure damage was noted by our personnel in the City of Los Angeles, and that there has been no loss of life or serious injury that we can directly attribute to the (magnitude) 4.2 earthquake,'' spokesman Nicholas Prange said.

The Los Angeles and Beverly Hills police departments reported normal operations, but both strongly encouraged residents to be prepared in the event of a major earthquake.

Thursday's earthquake happened in the same area as the 1971 Sylmar and the 1992 Northridge earthquakes.

In 1971, San Fernando earthquake, which was also known as the Sylmar earthquake shook much of southern California in the early morning of February 9, 1971. It was centered in the foothills of the San Gabriel Mountains. That earthquake had a magnitude of 6.5 and caused major damage.

The Southern California Earthquake Data Center at Caltech said the 1971 earthquake caused more than $500 million in property damage and 65 deaths.