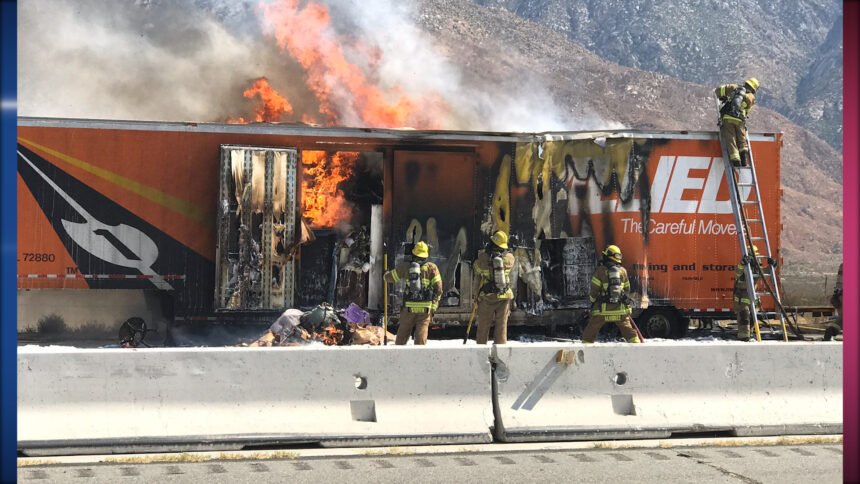 A big rig caught fire on Interstate 10 near Whitewater today, snarling traffic but causing no injuries.

The big rig was reported to be fully engulfed about 2:30 p.m. about two miles west of the eastbound Whitewater Rest Area, according to the California Highway Patrol.

A caller told the CHP that flames had spread to nearby brush, but a Riverside County Fire Department spokeswoman confirmed the fire was confined to just the big rig.

The CHP reported at 3:37 p.m. that the fire was extinguished. Two lanes in the eastbound direction were closed to traffic as of 3:45 p.m.