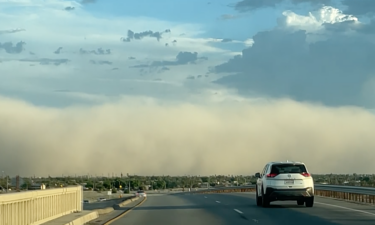 The French Senate cleared Liverpool fans of any responsibility in the Champions League Final chaos, instead blaming French decision-making, two senators told journalists in a press conference Wednesday presenting conclusions of a report on the violence.

The Senate has not yet released the report publicly at the time of writing.

Senator Laurent Lafon, president of the Culture, Education and Communication Commission — which co-authored the report — blamed the violent scenes at the final on “a series of malfunctions that occurred in a rather vague administrative and decision-making framework.”

“It is not the number of people present in the vicinity of the stadium that caused these malfunctions,” he said. “It’s not because there were Liverpool supporters who accompanied their team that things went badly.”

The senators placed responsibility on the lack of “anticipation” of several institutions, including the French police and European footballing association UEFA. Senator François-Noël Buffet, President of the Senate Law Commission which co-authored the report, pointed in particular to the failure of the screening process.

“It only took 10,000 to 15,000 people to make the screening process impossible. Even if there hadn’t been more supporters than seats in the stadium, the situation could have been the same, causing the same chaos, and leading to tragedies that we luckily avoided. This failure is therefore due to the decisions made by the police,” said Buffet.

The number of fake tickets was “10 times higher than the usual average” according to Lafon, saying that “UEFA’s management of ticketing proved inadequate.”

Lafon also contradicted the arguments put forward by French Interior Minister Gerald Darmanin, “namely that the disturbances caused were related to a massive influx of spectators and an extensive number of false tickets.” He added that “these two arguments exist, but they are not the cause of the disruptions.”

“Obviously, we present our regrets and our apologies for what happened,” Lafon said, adding that the supporters were “real victims” of the chaos.

There was widespread criticism towards the treatment of fans at the hands of the French authorities deployed for the game in May. Photos and videos circulated on social media show Liverpool supporters crammed into fenced areas and tear gas used by police.

In early June, UEFA apologized “to all spectators who had to experience or witness frightening and distressing events” in the build up to the match. Additionally, the governing body said it set up an independent review to “identify shortcomings and responsibilities of all entities involved in the organisation of the final” with a final report set to appear on UEFA’s website.