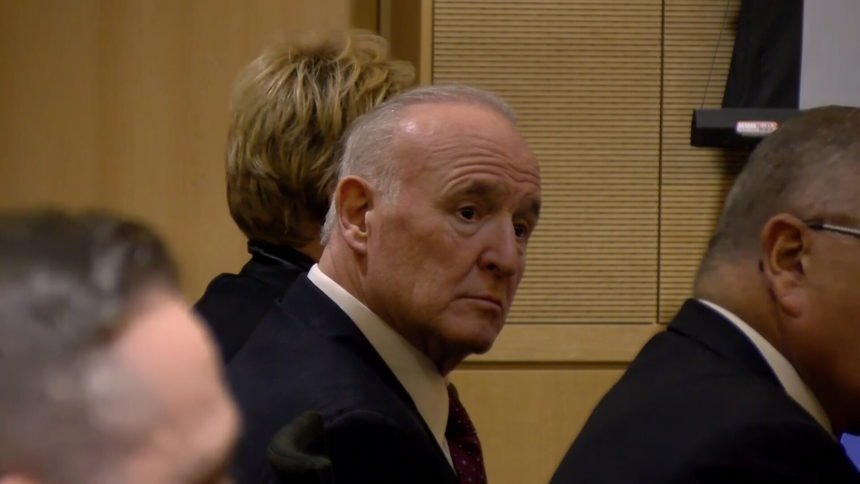 A Canadian man accused of killing a Palm Springs woman in 1990 in order to drain her bank accounts has been found guilty of murder.

The decision came after two days of deliberations in the cold case trial.

He is set to be sentenced on January 10.

The prosecution and defense made their closing arguments Monday morning, after which Riverside County Superior Court Judge Timothy Hollenhorst sent the jury behind closed doors at the Banning Justice Center to begin weighing evidence from the roughly monthlong trial.

Kubica, 63, was being held in lieu of $1 million bail at the nearby Smith Correctional Facility. Prosecutors allege he killed Darling just prior to transferring her money into his bank accounts, primarily to cover mortgage obligations that threatened to hasten foreclosure on a Palm Springs property he owned.

During the initial investigation into the victim's death, investigators found two safes at her condominium, one of which was open. An empty currency wrapper for $2,000 was found in a trash can near the open safe, now-retired Riverside County Sheriff's Department Detective Carl Carter testified at the defendant's preliminary hearing in February.

In 1993, Carter led the murder investigation and went to Kubica's then-principal residence in Scottsdale, Arizona.

``There was a plethora of evidence at his home,'' Carter testified.

Darling's family attorney found that nearly $185,000 was transferred from her Swiss bank accounts to a financial repository in Anguilla, with the transfers accompanied by a letter signed ``Marie.''

Bank records from Anguilla allegedly showed Kubica withdrew $170,000 from the account, with some of the money transferred to the Royal Bank of Canada. Kubica established the Bank of Anguilla account on May 24, 1990, prosecutors allege.

Darling's remains were found scattered around a 200-yard area by hikers east of the Cactus City rest stop along Interstate 10 on June 20, 1990.