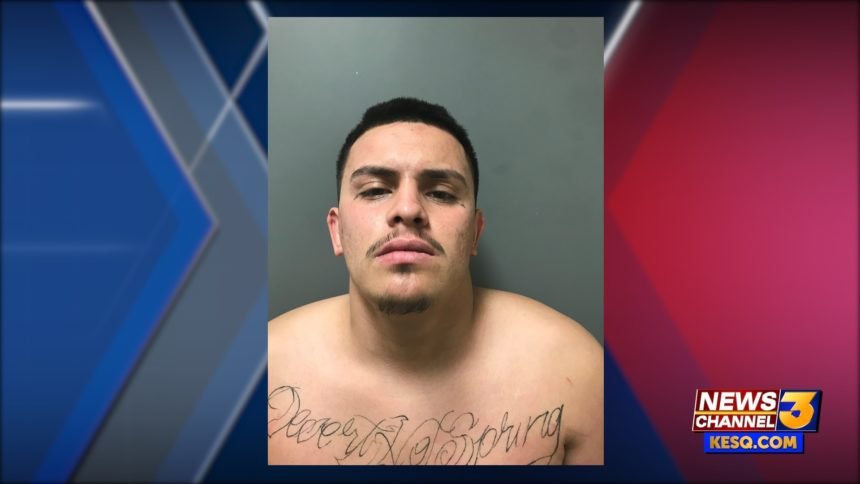 Murder and robbery charges were filed today against a 19- year-old reputed gang member accused in a shooting that left a man dead in Desert Hot Springs Sunday night.

Matthew Gallegos of Desert Hot Springs was due in an Indio courtroom
this afternoon for arraignment on the felony complaint, which includes sentencing enhancement allegations of discharging a firearm causing great bodily injury, being an active gang member and committing a murder in the commission of a robbery.

The arraignment was rescheduled to Friday.

Officers responding to a shooting call at 10:13 p.m. Sunday found a man, identified by family as 21-year-old Marco Torrez, suffering from at least one gunshot wound in the parking lot behind "Super Liquor Store," located on the corner of Palm Drive and Buena Vista Avenue.

Despite life-saving measures initiated by responding officers, Torrez was pronounced dead at the scene.

Police said detectives "quickly gathered investigative leads" which led to the arrest of Gallegos, who was taken into custody Monday morning at an apartment on Third Street.

The shooting came six days after another man was shot to death about a half-mile away in the 66200 block of Estrella Avenue.

Assistant City Manager Doria Wilms told City News Service on Monday that police were investigating "all angles" but would not publicly comment on whether there was a link between the two killings.

Court records show a bench warrant was issued for Gallegos' arrest in May after he failed to show up for arraignment on a misdemeanor petty theft charge.