A new Kentucky bill would require voters, in most cases, to present photo identification when they cast ballots.

Kentucky Secretary of State Michael Adams on Wednesday announced the measure alongside fellow Republican and bill sponsor state Sen. Robby Mills. Adams said it was a top priority for the Republican Party, which controls the state legislature, in the 2020 session. The bill is the second on the slate for this year’s session.

Under the bill, photo IDs — driver’s license, military ID, university ID or any form of identification that includes a picture, signature and expiration date, according to Secretary of State spokesperson Miranda Combs — will need to be presented at the ballot box.

“I want to thank Sen. Mills and legislative leadership for two things: First, for proposing photo ID, and making it a top priority for this session. Second, for bending over backward to make this bill fair, humane and reasonable,” Adams said.

Kentucky law currently allows eligible voters to cast a ballot if they present identification, but does not require such identification to include a photograph, according to the Courier Journal.

While campaigning for the secretary of state position in 2019, Adams backed the creation of a photo ID law.

“This bill is in the early stages. It’s my duty to listen to public input as we move along, and I will do so. I want a bill that will withstand a court challenge,” said Adams, who was sworn into office last week.

The introduction of measure comes as a challenge to newly sworn in Democratic Gov. Andy Beshear, who last month restored voting rights to over 140,000 former felons through an executive order.

Beshear at the time lamented the state’s voter access issues, asserting that Kentucky has the third highest voter disenfranchisement rate nationwide with nearly 10% of people, and nearly 25% of African-Americans, in the state not being allowed to vote. 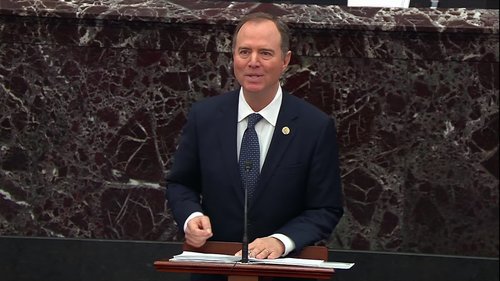