The procedures of an impeachment trial in the Senate are a mix of straightforward actions — like House managers walking the articles over to the other chamber and the Supreme Court chief justice swearing in senators as jurors — and a more complex set of rules, traditions and precedents that set out how the trial is conducted.

The latter are shaped through interpretations by the presiding officer, battles between the parties and the charged political emotions during a moment in history when an officeholder is threatened. No two impeachment trials play out exactly the same. While there have only been two impeachment trials for presidents, there have been many more for judges and other officials.

In other words, when the impeachment trial of President Donald Trump gets started in the Senate, some of the early steps seen on the floor will be obvious while others will be made as they go and won’t be so clear.

CNN spoke with former Senate Parliamentarian Alan Frumin, who is also a CNN contributor, to lay out the first steps of the impeachment trial now that House Speaker Nancy Pelosi is sending over the articles. While there’s a list of the steps below, Frumin stressed that there could be twists and turns along the way that will be dealt with in real time.

Frumin’s guidance is based largely on the “Rules of Procedure and Practice in the Senate when Sitting on Impeachment Trials,” which was last updated on August 16, 1986.

Here is Frumin’s shorter take on what to expect in the early stages of a Senate trial, which — like much of the congressional procedure in today’s Washington — is subject to change:

The Senate is expected to approve a resolution dictating the rules of the trial next Tuesday, when the trial begins in earnest after the Martin Luther King Jr. holiday. This resolution has been at the heart of the standoff between Pelosi, a Democrat, and Senate Majority Leader Mitch McConnell, a Republican. Pelosi insisted McConnell make public the rules — which appears set to pass without Democratic support — before she sends the articles over.

McConnell refused, arguing the House can’t dictate that to the Senate and how to run its trial. McConnell has made clear the rules will mirror those of the impeachment trial of President Bill Clinton in 1999 when the issue of whether to call witnesses or subpoena documents was made after opening arguments by the House managers and the President’s defense counsel.

And THEN the opening arguments of the trial can start. McConnell said earlier this week, the trial will begin in earnest on Tuesday.

Also worth perusing is a report by another Senate parliamentarian, Floyd Riddick, who, at the request of Sen. Robert C. Byrd while Watergate was unfolding, wrote an exhaustive examination of the procedures and guidelines of all the impeachment trials conducted to that point. 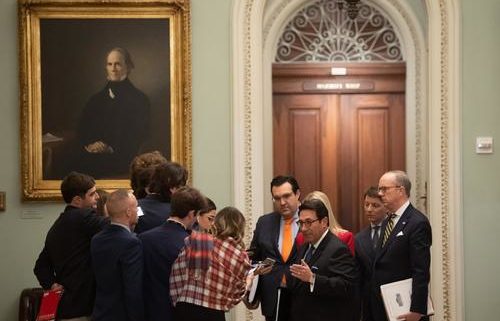 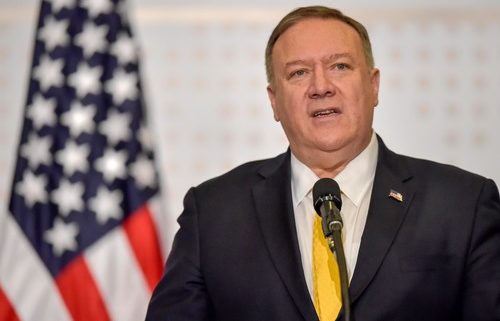 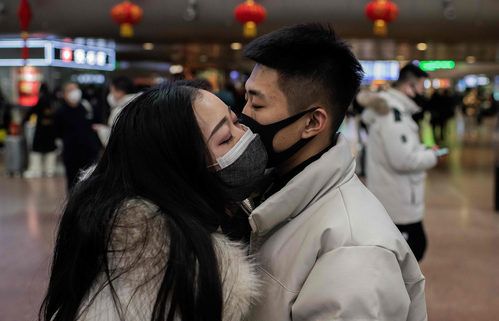