The bill, which the state’s Republican governor will reportedly sign, would prohibit requiring any private child-placing agency in the state to place children for foster care or adoption if doing so would “violate the agency’s written religious or moral convictions.” The legislation would also prevent the state from denying an agency’s license or government grant if it refuses a placement on those grounds and protect against civil action for such objections.

Republican sponsors of the bill argue that the measure would codify existing protections in the state and protect the religious freedoms of agencies from being sued, discriminated against and driven out of business. Critics, however, warn that the measure would allow child welfare agencies to deny LGBTQ and religious minority applicants as adoptive or foster parents — ultimately to the detriment of children who need homes — while still receiving taxpayer funds.

The bill now heads to Republican Gov. Bill Lee, who has 10 days after receiving the bill to sign or veto it. CNN has reached out to Lee’s office, which told The Tennessean that the governor will sign the bill as soon as it reaches his desk.

On Tuesday, the Republican-led state Senate passed the bill 20-6, after the state House of Representatives had passed it last April. State Sen. Steve Dickerson of Nashville was the lone Republican who joined with all five Democrats to vote against the bill. Five Republicans, including Lt. Gov. Randy McNally, voted present.

Dickerson argued on the Senate floor Tuesday that the bill would allow agencies to limit the families that can adopt, leading to an emotional impact on children who could find themselves in foster care for longer.

He also warned of the bill’s “significant” financial impact on Tennessee, saying that businesses would be less likely to open in Tennessee “as a direct result of this bill and bills like it.” He argued that Tennessee will likely be bypassed for hosting conventions and sporting events, citing the NFL draft, NCAA Final Four and NHL Winter Classic.

“I think we can probably kiss that goodbye,” he said.

State Senate Minority Leader Jeff Yarbro, a Democrat, attempted to add an amendment Tuesday that would have excluded agencies that receive public funding.

“The biggest barrier to placing children with families is a lack of qualified prospective parents; having the state give contractors and subcontractors a license to discriminate, thereby limiting the pool of prospective parents for no legitimate reason, is unconscionable and an unacceptable use of taxpayer dollars,” the Human Rights Campaign said in a statement.

McNally argued on the Senate floor that the bill isn’t necessary because the protections already exist, such as the Tennessee Religious Freedom Restoration Act. He pointed to the Trump administration’s rollback of Obama-era regulations that had banned discrimination based on sexual orientation and gender identity, among other identities, in Department of Health and Human Services programs and services including adoption and foster care agencies.

The Trump administration has proposed a rule that would allow adoption and foster care agencies to receive federal grants even if they choose to reject LGBTQ couples as potential parents for religious reasons. HHS had announced last January that federally funded child welfare agencies in South Carolina can refuse to perform services that conflict with their religious beliefs.

Several other states have passed similar measures that allow child welfare agencies to act in accordance with their religious beliefs. 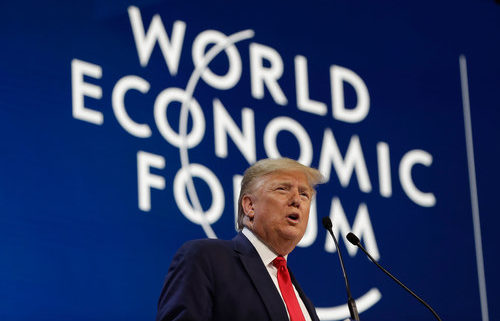