California officials and the state's Republican Party clashed on Friday over the future of unofficial ballot drop boxes installed by the GOP, with Democratic Attorney General Xavier Becerra saying that he was issuing subpoenas as part of an ongoing investigation.

The disagreement comes after the California Republican Party installed dozens of unauthorized ballot drop boxes in at least four counties, mostly in Southern California where there are competitive House races this year. The party claims it did this as part of an above-board effort to legally collect and return people's ballots.

California Secretary of State Alex Padilla asserted on Friday that the California Republican Party had agreed to "no longer deploy these unstaffed, unsecured, unofficial and unauthorized ballot drop boxes." He has previously said the ballot boxes were illegal under state law.

State Senator Melissa Melendez (R-28) is responding to the controversy.

"We certainly agree having the word "official" on there would be misleading, but we were not going to stop deploying those boxes," Melendez told News Channel 3's Jake Ingrassia. "We will not stop and no one has the legal authority to tell us to do so."

The California Republican Party said Wednesday that it would not comply with the state's cease-and-desist order issued Monday. Lawyers for the group asserted that all of the ballot boxes deployed by the party are indoors, staffed by volunteers or party officials, secure and not labeled "official."

While images of the ballot boxes have shown the boxes outdoors and labeled as "official," the state GOP said it did not authorize the use of that term and had it removed "within hours." A photo of one box outside was taken while the box was being delivered to a church, they added.

"The boxes are still out there and they're there to stay," Melendez said.

Becerra said during the press conference Friday that in conversations with the state party, his office had made clear what they believe the law requires and that they're prepared to enforce it.

"We have issued some subpoenas to the state Republican Party, and so our investigation is ongoing," he added.

In 2016, AB1921 was signed into law by Gov. Jerry Brown, making ballot harvesting legal, and authorizing anyone to turn in someone else's vote-by-mail ballot.

The ballot is supposed be signed by both parties, but even if it's not, Melendez said it still must be counted.

"I think that's a flaw in the law," she said. "I think perhaps they might address that this year."

The East Valley Republican Women Federated office in La Quinta is harvesting hundreds of ballots each day, and the club's president says their method is secure.

“Transporting, we will have a guard with the person – two people driving the boxes up, and we’ll be sealing them," said Joy Miedecke. "Your ballot will be secure with us here at Republican Headquarters.”

Melendez said because it's legal, Republicans statewide are harvesting ballots full steam ahead.

"We operate under the same laws Democrats do, so we are ballot harvesting," she said. "That is part of our effort to get out the vote and make sure everybody's ballot is counted in an efficient manner." 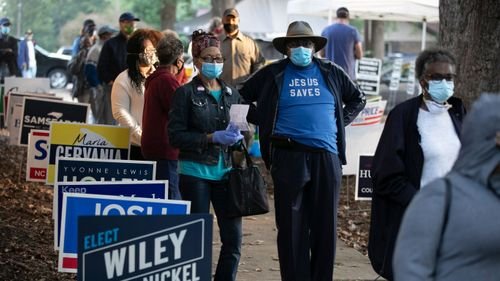