STAMFORD, CT (WFSB) — A total of three arrests were made in connection with what investigators now believe was the murder of a New Canaan mother.

While Fotis Dulos was charged with murder, felony murder and kidnapping in the case of Jennifer Farber Dulos, his former girlfriend Michelle Troconis and friend Kent Mawhinney were also arrested.

Troconis and Mawhinney were charged with conspiracy to commit murder.

Both are scheduled to face a judge in Stamford on Wednesday, along with Fotis Dulos.

They said during several interviews, Troconis’ responses were suspicious.

When asked about tension between her and Fotis Dulos because of his divorce with Jennifer Dulos, Troconis told authorities that Fotis Dulos told her “sometimes I hope she disappears.”

Mawhinney was Fotis Dulos’ attorney in a civil case. His warrant also describes him as a personal friend of Fotis Dulos.

“That was the only time we’ve been surprised in this file,” said Norm Pattis, Fotis Dulos’ current attorney. “We did not contemplate an arrest of Mr. Mawhinney.”

Mawhinney’s name came up as investigators worked to detail the activities of Fotis Dulos and Troconis on May 24, 2019, the day Jennifer Dulos went missing.

Back in August, Channel 3 learned more about Mawhinney and his estranged wife. Court documents show that she said Fotis Dulos tried to set up meetings and called her to talk about patching up her marriage to Mawhinney.

Mawhinney’s estranged wife told state police that she feared for her safety and felt Fotis Dulos was working on behalf of Mawhinney to get rid of her.

Another tie-in to the Jennifer Dulos case involved the Windsor Rod and Gun Club, which Mawhinney helped start.

Documents show that a couple of days before Jennifer Dulos went missing, two hunters found what looked like a makeshift grave near the club.

The men told police they found “barbecue grill grates which had been placed over a hole dug in the ground.”

They also found “small branches had been placed to hide the pit beneath,” according to the documents.

Inside the hole was “a blue tarp and two unopened bags of lime.”

Canine teams searched the hole and the surrounding property.

Investigators said the hole had been filled in and no signs of human remains were found. The tarp and bags of lime were gone.

Last year, Mawhinney was arrested twice by South Windsor police. One was for domestic violence. The second was for violating a protective order, which happened during the timeframe of Jennifer Dulos disappearance.

He also denied to police the he had any contact with Fotis Dulos on the day Jennifer Dulos disappeared.

Both Troconis and Mawhinney are being held on $2 million bonds.

They’re on the docket to face a judge in Stamford at 9 a.m. 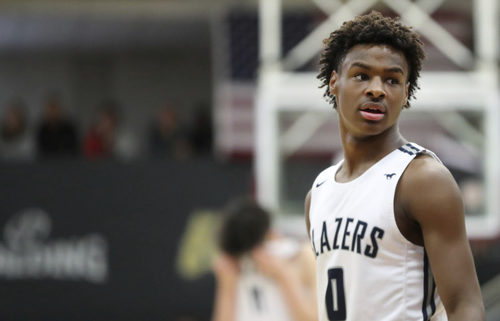