Until last month, Darrell Hall was the only prison inmate from Georgia’s most populous county serving a life sentence for a drug offense, according to the Fulton County district attorney.

Now, after nearly two decades behind bars, Hall is free — and weighing a job prospect from a Hollywood powerhouse that could recast the rest of his life, District Attorney Paul Howard Jr. said Thursday in a news release.

“In addition to his freedom, Tyler Perry Studios and Mr. Tyler Perry agreed to offer Hall a job so he can rebuild his life and move forward as a productive citizen of Fulton County,” Howard’s office said in the statement.

Hall is the first beneficiary of the Fulton County District Attorney’s Office Conviction Integrity Unit, which reviews sentences that under today’s laws would be considered unfair and unjust, the news release states. The unit will review convictions for credible claims of actual innocence and wrongful conviction.

The unit is the first of its kind in a district attorney’s office in the southeastern US, the release from Howard said. Created in April 2019, it has set some high-profile priorities, including reexamining the October 1960 arrest of Dr. Martin Luther King Jr. and dozens of others during a sit-in demonstration at an Atlanta department store.

“Dr. King was unjustly incarcerated more than 29 times during his lifetime. And not once did any district attorney or any prosecutor make one step forward to assist Dr. King or to exonerate him,” Howard said at a reception Wednesday night to officially launch the program. “Those days of prosecutorial neglect, at least here in Fulton County, those days are over.”

Former Atlanta mayor Andrew Young suggested the unit take a fresh look at the case of Jamil Al-Amin, a former Black Panther who was sentenced in 2002 to life in prison for killing a deputy sheriff and wounding another officer as they tried to serve an arrest warrant on him.

“I don’t think it’s time to rejudge, but (Al-Amin is) dying of cancer, and he’s been suffering away from his family in one of the worst prisons in this nation. Whatever you can do to bring him home to his family before he dies …” Young told reception attendees. “We must stand for justice, but we must never forget mercy.”

Hall was convicted in 1991 for having “a minimal amount of cocaine” — enough to fill two sugar packets — and planning to distribute it. But it was his second felony offense, and Georgia law at the time required a life sentence, Howard’s office said.

The same conviction today would have rendered Hall a spot in a drug court program that focuses on rehab and treatment, according to the prosecutor’s office.

“Hall was released from prison in December,” the office said, “and was able to spend the holidays with his family.” 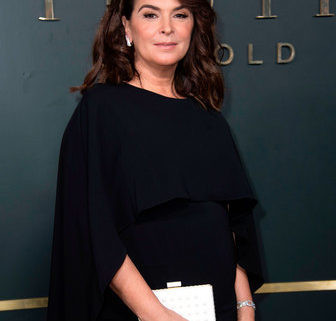