The 176 victims onboard the Boeing 737 plane that crashed after takeoff from Tehran on Wednesday hailed from various countries.

On Wednesday, both Ukraine International Airlines and the Iranian Civil Aviation Authority published the full passenger list of those on board.

Canadian Prime Minister Justin Trudeau said 138 of the passengers on the flight were going to fly on to Canada, and that their connecting flight had arrived in Toronto with many seats empty.

The victims included a newlywed couple, a family of four, a mother and her daughters, “bright students and dedicated faculty members,” Trudeau said.

“Canadians have questions and they deserve answers.”

Among those known to have perished was Iman Aghabali, who studied engineering at Sharif University of Technology in Tehran and was in a doctorate program at McMaster University in Hamilton, Ontario.

His friend Orod Kaveh told CNN on Friday that Aghabali could make friends with anyone.

“He was a fabulous person, a great friend, and we will never forget his smiley face,” Kaveh said by phone from Dallas where he is seeking a doctorate in mechanical engineering.

Aghabali was kind and supportive, his friend said. And he was very smart and hilarious.

“He always cracked you up in any conversation,” Kaveh said. “We cannot believe he is gone.”

School friend Ali Mazaheri told CNN that Eshaghian had moved to Canada in 2018 to embark on a postgraduate degree but had been back to Iran to visit family.

Speaking soon after news of the crash broke, Mazaheri told CNN: “We are all sad. I was crying from the morning. He was going to be 25 in a week. He was kind, humble, caring.”

The pair had been friends for about a decade since meeting in their second year at Safi High School in Ishafan, where he still lives, Mazaheri said.

Eshaghian had embarked on a master’s degree at McMaster Automotive Resource Center (MARC) in September 2018, according to his friend. “He then changed his program to Ph.D. on his teacher’s advice,” Mazaheri said. “He was happy in Canada.”

A tweet from Sharif University suggested that a further 12 former students were among the dead, but their identities are yet to be confirmed.

Three Britons are known to have died in the crash. One of them, Saeed Tahmasebi Khademasadi, 35, was a Ph.D. student at Imperial College London, while also working as an engineer for Laing O’Rourke.

In a statement released to CNN, Imperial College said: “We are deeply saddened at this tragic news. Saeed Tahmasebi Khademasadi was a brilliant engineer with a bright future. His contributions to systems engineering earned respect from everyone who dealt with him and will benefit society for years to come. He was a warm, humble and generous colleague and close friend to many in our community. Our thoughts and sincere condolences are with Saeed’s family, friends and colleagues, as well as all those affected by this tragedy.”

Sam Zokaei, who was on holiday in Iran, also died in the crash. The British passport holder was a reservoir engineer for BP, based at the company’s site in Sunbury-on-Thames, west of London.

A spokesman for BP told CNN: “With the deepest regret, we can confirm that one of our colleagues at BP, Sam Zokaei, was a passenger on the Ukrainian International Airlines plane that crashed in Iran this morning, reportedly with no survivors.

“We are shocked and deeply saddened by this tragic loss of our friend and colleague and all of our thoughts are with his family and friends.”

A spokesperson for the airline told a press conference that the plane was last checked on January 6 and there have been no complaints previously in relation to the jet.

Yevhenii Dykhne, president of Ukraine International Airlines, said that most of the dead passengers were in transit to Ukraine to connect to further flights, he said.

A spokesman for the UK’s Foreign & Commonwealth Office said: “We are deeply saddened by the loss of life in the plane crash in Iran overnight. We are urgently seeking confirmation about how many British nationals were on board and will do all we can to support any families affected.”

Some of the dead were apparently students at the Sharif University of Technology Association in Tehran. Siamak Aram, a board member of SUTA, told CNN: “Yes, unfortunately at least 14 Sharif alumni died.”

A spokesperson for the German Foreign Office said: “The Federal Foreign Office and our Embassy in Tehran are in close contact with the relevant authorities to determine whether there were German citizens aboard the aircraft.”

Foreign minister Heiko Maas tweeted: “We are deeply saddened to learn of the tragic crash of flight #PS752 that was headed from Tehran to Kyiv. At this difficult time, our thoughts go out to the friends & families of the victims.”

Meanwhile, a spokesman for Sweden’s Ministry of Foreign Affairs (MFA) urged worried relatives to get in touch. He told CNN: “A number of Swedes have lost their lives in the aircraft crash in Iran. We are now working intensively to obtain clarity about the number of Swedes who have died.”

The spokesman said it is doing this “onsite in Iran, through our embassy and at the MFA in Stockholm.”

He added: “The MFA has decided to activate its crisis management organization until further notice. We urge worried relatives to call the MFA on +46 8 405 92 00. We urge Swedes in Iran to contact their relatives.”

At least eight of the victims from Canada lived in the Ottawa area, according to CNN news partner CTV News.

Friends and family confirmed to CTV News that 48-year-old Ali Pey, the founder and CEO of Message Hopper, a Kanata-based tech company, was killed in the Boeing 737 crash.

Three University of Ottawa students were also among the victims of the crash, the university confirmed Wednesday. Family and friends identified them to CTV News as Mehraban Badiei, Alma Oladi, and Saeed Kashani.

The University issued a statement saying it was “deeply saddened by this tragic crash and is working to confirm their identities. The entire campus is affected by this tragedy; we offer our sympathy and condolences to the families and friends of the victims.”

A statement from Carleton University Wednesday afternoon said two members of its community were also killed in the crash. Biology Ph.D. student Fareed Arasteh and biology alumnus Mansour Pourjam were among the passengers on the plane, according to the University. “Our thoughts are with Fareed’s and Mansour’s families, friends and colleagues at this difficult time, and with everyone who has suffered loss in this terrible tragedy”, university president Benoit-Antoine Bacon said in the statement.

Roja Azadian, who had travelled to Iran with her husband, was also killed in the crash, her friends told CTV News. Her husband couldn’t board the return flight due to a ticket mix-up, so she went ahead alone, friends told CTV.

Another Ottawa resident, Fereshteh Maleki, who was visiting Tehran for her daughter’s wedding, was also killed in the crash, according to CTV News.

Ukrainian International Airlines has named the three pilots and six crew who died in the crash on Wednesday.

Given the level of the crew’s experience, it’s unlikely that the plane crash was the result of error, the airline’s vice president of operations Ihor Sosnovsky said in a statement on Wednesday.

“Tehran airport is anything but a simple one. Therefore, for several years UIA has been using this airport to conduct training on Boeing 737 aircraft aimed at evaluating pilots’ proficiency and ability to act in emergency cases,” Sosnovsky said. “Given the crew’s experience, error probability is minimal. We do not even consider such a chance.”

The airline said in a statement that it “condoles deeply to families and friends of the passengers and the crew.” 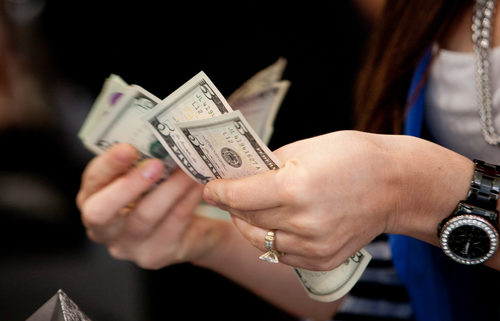 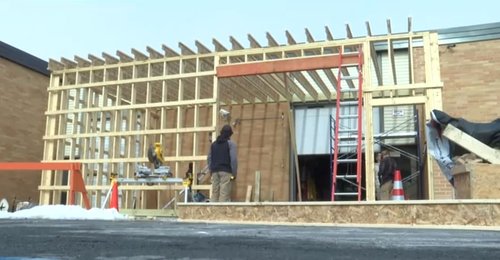 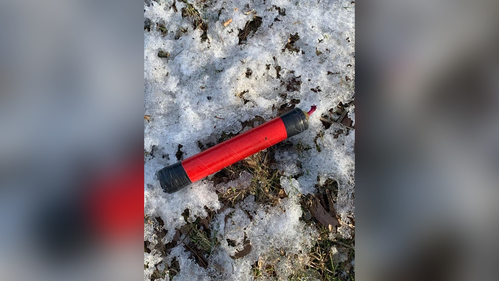