NEW YORK, NY (WCBS) — A water main break flooded part of the Upper West Side for the morning commute Monday.

The 3-foot main ruptured around 5 a.m. near Lincoln Center at 63rd Street and Broadway.

The FDNY said at least three buildings have “significant flooding in the basements,” along with a three-story parking garage.

“The water got to a level where it reached the third rail, where it becomes dangerous to operate trains. So just short of 6 a.m., we shut the power off to all three tracks,” MTA Chief Operating Officer-Subways Frank Jezycki said. “We had no impact to our power network, with the exception that we need to remove third rail power to ensure the safety of the employees and the customers who are within the system.”

Commuters scrambled to find alternate ways to get around.

“I’m going to be late for work,” said one woman. “That’s affecting me big time.”

“I get on the 1 train and someone tells us to take the buses to the C, D or E train from 145th, because of the water,” another woman added. “So we took a bus, then we transferred. Half an hour late.”

DEP Commissioner Sapienza told reporters that Broadway will likely be shut down to southbound traffic for a few days. The MTA said it expects to have service restored by the evening rush.

Anyone who sustained damage can file a claim with the comptroller’s office. To do so, click here. 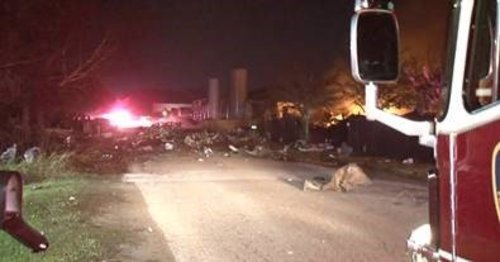 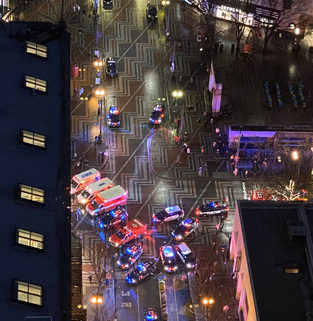