A British university will recruit 20 of its students to educate others on racism in a bid to stamp out prejudice on campus.

The University of Sheffield confirmed to CNN that students would be paid £9.34 ($12.14) per hour to run sessions to educate people on how to challenge racism, including so-called “microaggressions” — subtle or brief comments or actions that communicate hostility or bias toward those who are black, Asian and of minority ethnic groups.

The “race equality champions,” who will be in place by the end of February, will also train student society leaders and ensure they are aware of what support is available to those experiencing racism and bullying, university spokeswoman Sophie Armour told CNN.

The program, which has been developed by students and academics, will run for a year and could be made permanent, Armour said.

UK universities have been under increasing pressure to tackle racism.

The Equality and Human Rights Commission last year released a report that found racial harassment was “a common occurrence for many students and staff in British universities.”

The national agency called on universities to take “greater responsibility to prevent racial harassment before it happens, to ensure they understand the scale of the issue.”

The University of Sheffield’s “race equality” program wasn’t prompted by a spike in reports of racism at the university but is part of its “Race Equality Strategy” that “targets issues of under-representation, progression and attainment,” Armour said.

All students will be encouraged to attend at least one session within the year, she said, which will focus on critical thinking about perceptions of racism in British society, including the Windrush scandal.

It is important to be “open and honest about racism” in order to stamp it out, said Professor Koen Lamberts, president and vice-chancellor of the University of Sheffield, in a statement.

“We take pride in being part of a community with students from over 140 different countries and all ethnic, religious and socio-economic backgrounds and will continue to celebrate diversity on campus and ensure students are clear that there is no place at Sheffield for racism,” he said. 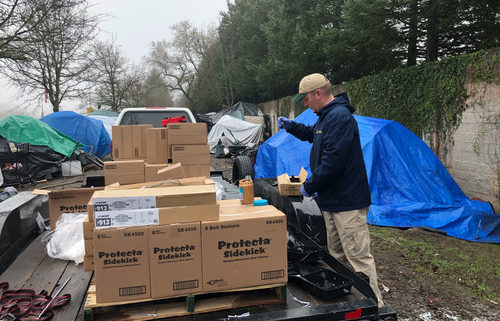