A group of homeless mothers and their children in California were forcibly evicted Tuesday from a vacant home they’d been illegally living in for months, officials said.

Alameda County Sheriff’s deputies used a court order to remove the mothers, who belonged to the Oakland group “Moms 4 Housing” around 5 a.m. on Tuesday. Two mothers were arrested.

No children were in the house during the forced eviction, Dominique Walker, a group member and spokeswoman, told CNN.

The “Moms 4 Housing” group had occupied the vacant house on Magnolia Street since November 18. The group is a “collective of unhoused and insecurely housed mothers, organizing to reclaim vacant homes from real estate speculators,” according to its website.

Their high-profile, socially motivated squatting effort had gained public traction as homeless in California surged 16.4% in 2019 compared with the prior year, according to the US Department of Housing and Urban Development.

The rise in unsheltered and chronically homeless people across the West Coast fueled a 2.7% bump nationwide and “offset” decreases in the condition in 29 states and Washington DC, the agency said.

“We view what happened today as a beginning of a movement,” Walker told CNN. “This is a movement for housing for all.”

A long battle for a place to call home

The Magnolia Street house, which Walker said had been vacant for over two years, belonged to Wedgewood Inc., which started the eviction process shortly after the group moved in.

“Wedgewood is pleased the illegal occupation of its Oakland home has ended peacefully,” Sam Singer, a Wedgewood spokesman, told CNN.

“That is what the company has sought since the start. We will now work with a non-profit, Shelter 37, to renovate the home giving opportunities to at-risk Oakland youths and splitting the profits with the non-profit so that other youths may benefit.”

“It shows the pure evilness of speculators,” Walker said in response to the Wedgewood statement. “This is why we want them out of our community. They have no respect for the communities, no respect for humanity, only respect for profit and greed. This house means nothing to them.”

Walker said the group of mothers even offered to buy the vacant home for the price Wedgewood paid for it, but their offer was rejected.

The “Moms 4 Housing” spokeswoman initially filed a claim of right to possession with the Alameda County Superior Court on December 17. She was being represented by attorneys with Brunner & Mehta and the Alliance of Californians for Community Empowerment.

“Data reveals that there are four vacant homes within Oakland for every one of the city’s homeless residents,” the claim read. “Ms. Walker and her children began to occupy and continue to occupy the premises to meet their right to housing.”

Her lawyers argued that Walker had a right to live in the home which “sat vacant for years,” according to the claim.

On Friday, the court denied her claim and gave the sheriff’s office five days to evict the mothers, Micah Clatterbaugh, an associate attorney with Siegel, Yee, Brunner & Mehta, told CNN.

“The court recognizes the importance of these issues but, as raised in connection with Ms. Walker’s claim of right to possession, finds that they are outside the scope of this proceeding,” Alameda County Superior Court Judge Patrick McKinney said in the final ruling.

On the night before the eviction, more than 300 people gathered in front of the home in support of the mothers, Walker told CNN.

While most of the group went home by midnight, people immediately came back out the moment the eviction began.

“People were chanting, holding hands, locking arms,” Walker said. “They told us they loved us and they appreciated us. This gives us the strength to keep going. We know what we’re doing is important, and the community knows that, and they showed up for us.”

Despite the support from the community, Walker said the situation was “extremely traumatic.” The single mother was in the middle of a “Democracy Now!” interview with Amy Goodman when she was told, live on set, that “sheriffs were invading the house.”

After immediately rushing home, Walker found that mothers and supporters of the movement had already been arrested. The group said they told sheriffs they would not resist arrest and would practice “nonviolent civil disobedience.”

Kelly said there was a concern for officer safety upon entry based upon information from inside the home. When they arrived, both the front and back doors were barricaded, he said. After using force, they entered the house, where residents complied and asked to be arrested peacefully.

The effort cost the department “tens of thousands” of dollars, and the sheriff’s office is considering sending the bill to Wedgewood Properties, according to Kelly.

“Everyone is realizing that it doesn’t have to be this way,” Walker said. “We are losing our humanity when we normalize and raise our children in a society where its normal to see our mothers, children, and our people out on the street.” 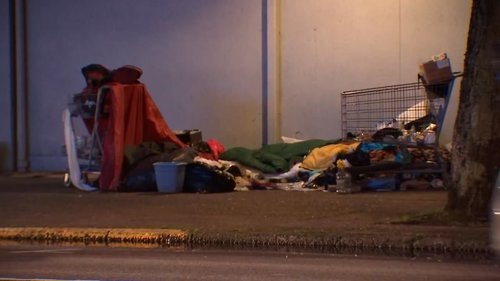 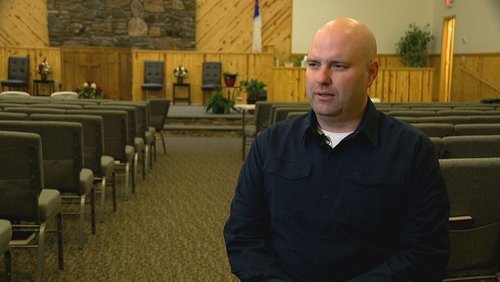