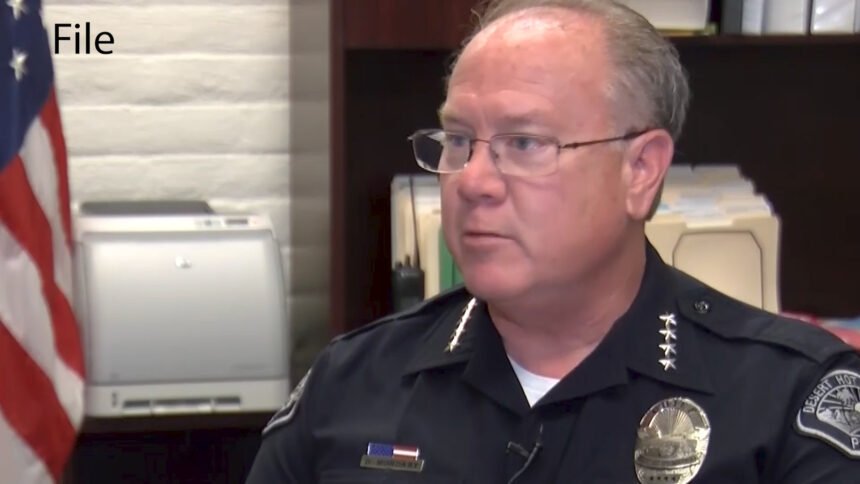 Former Desert Hot Springs Police Chief Dale Mondary was elected to the Hi-Desert Memorial board of directors in San Bernardino County on Tuesday.

Mondary came in third with 5,623 votes, or 22.14% in a race where the top three candidates would be elected.

"I want to thank everyone Who voted for me during the election. I am humbled by the support and promise to do my best to represent the District," Mondary wrote on his Facebook page.

Mondary was chief of the Desert Hot Springs Police Department for several years but has been a resident of the Morongo Basin area for 28 years. He announced his intention to run in August after receiving endorsements from current and former Hi-Desert Memorial board members.

Mondary was named DHSPD chief in June 2015 and resigned in April 2019 after being accused of posting inappropriate "sexually suggestive" messages on social media while on the job.

In his resignation letter, Mondary referred to "consensual private text messages" between him and another woman in 2017 years ago that he wished could have been handled privately.

Shortly after his resignation, Mondary wrote on social media, "I have much love and respect for the City and will miss you all. I promise I will come visit. I am just down the road."

An investigation by the city into the matter was finalized in November, however, the results were not released as it was a "personnel matter," a city spokesperson told News Channel 3 in Nov. 2019. The investigation report and its contents were "confidential and cannot be released."

Jim Henson took over as interim chief following Mondary's resignation. He took over the position permanently in Oct. 2019.

Click here for additional results on our local elections