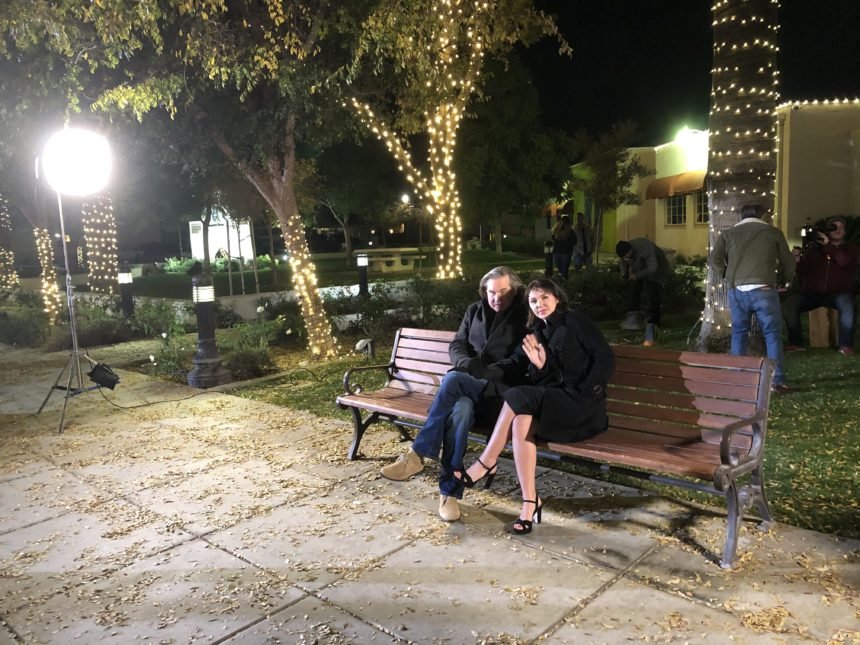 Hollywood has made its way to Coachella. Dozens of valley residents made their debut in the filming of the crime heist thriller, "Pay Dirt", starring Val Kilmer and Luke Goss.

Painted skeleton faces lined up on sixth street in Downtown Coachella as locals took part as extras in the new feature film.

“This is just one amazing opportunity to be part of this movie. It’s something that I have always hoped to have done as extra in a movie," said Isabel Tucker, resident of Coachella.

The filming of the parade scene, Dia de los Muertos, was an opportunity to re-celebrate the hispanic cultural tradition that is so significant to Coachella.

“I wanted to show the beautiful culture of the day of the dead," said Isabel Gomez, from Coachella.

The filming for the movie started earlier this month and scenes were filmed throughout the Coachella Valley. But this scene, required a call for extras.

Some dressed up in hopes of making it onto the big screen someday.

“I want to be an actor when I grow up so I want to get as much experience as I can," said Erasmo Luna, from La Quinta.

While others are big fans of the stars in the film.

“I am just a really big fan of the actors that are coming out in this movie," said Gomez.

Not only did this parade scene bring the community together but both producers on the film have local ties here in the Coachella Valley.

“Everybody thinks Coachella is a music festival, they don’t realize there is a beautiful vibrant town here. It's an amazing community thats why we recreated Dia de Los Muertos parade," said Mike Hatton, producer of "Pay Dirt". "It's something that they do here and it's real."

Christian Sesma, director of "Pay Dirt" and a Palm Springs native, was impressed by the turn out he saw on Saturday.

“It’s amazing. Everybody in makeup, the wardrobe it's incredible," said Sesma.