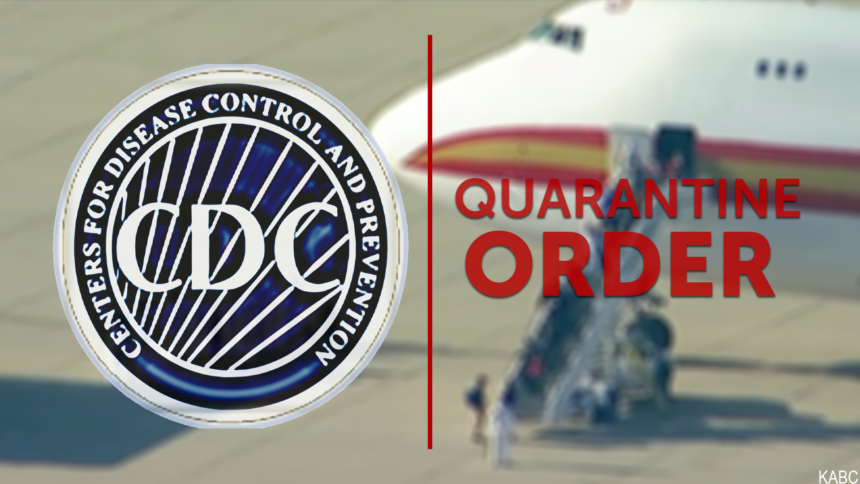 The Centers for Disease Control and Prevention has ordered a mandatory quarantine for all passengers who arrived on a flight from Wuhan, China, to March Air Reserve Base in Riverside County earlier this week.

This order comes just a day after the World Health Organization declared a public health emergency for the Coronavirus.

"The CDC, under statutory authority of the Health and Human Services (HHS) Secretary, has issued federal quarantine orders to all 195 United States citizens who repatriated to the U.S. on January 29, 2020," read the CDC's tweet Friday morning. "The quarantine will last 14 days from when the plane left Wuhan, China."

On Thursday, Riverside County Health officials issued a quarantine order for a passenger on the same flight after they reportedly attempted to leave the military base.

"Riverside County Public Health Officer Dr. Cameron Kaiser issued the order requiring the person to stay for the entire incubation period or until otherwise cleared," read the county's release. "This action was taken as a result of the unknown risk to the public should someone leave MARB early without undergoing a full health evaluation."

No identifying information was provided on the passenger. The flight, which was originally slated to arrive at Ontario Airport, the CDC's California repatriation center, was re-routed to March Air Reserve Base early Wednesday. The flight made a pit stop in Anchorage, Alaska for health screening and refueling.