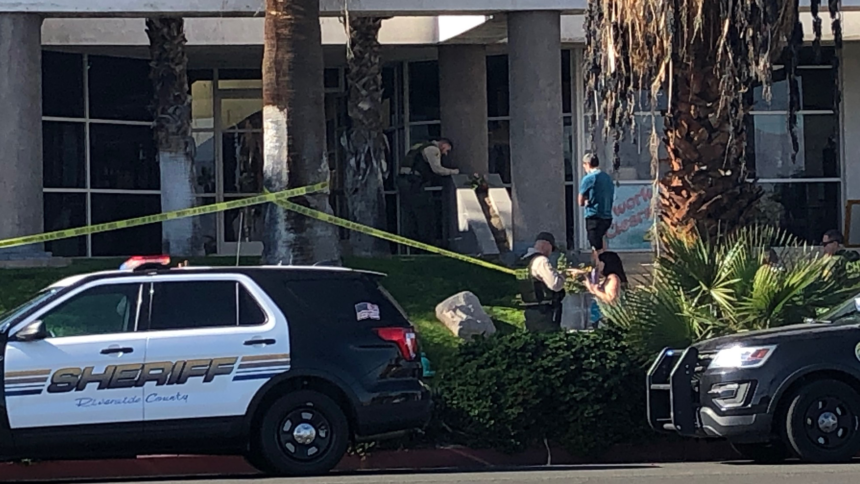 "At least 5. At least 5 I would say," said Franco D'Ambrosio."The first one was maybe 30 seconds, maybe a little longer. Boom boom and then boom boom again. At least 5 shots."

"My heart goes out to the victims, their families, and our community. Gun violence is real and we must take a public health approach to address the problem."

Eisenhower Health sent out the following message about the incident:

"Eisenhower Health is saddened by the tragic events that have shaken the Coachella Valley’s medical community today. As health care providers, our mission is to keep patients safe, healthy and protected from harm. Our thoughts are with those who have been affected by this tragedy."

No information on the victims' identities has been released as of Friday afternoon.

According to the Riverside County Sheriff's Department, there are no outstanding suspects and no threat to the public at this time.

The scene is near the intersection of Highway 111 and Indian Trail.

Stay with us for the latest updates on this developing story.