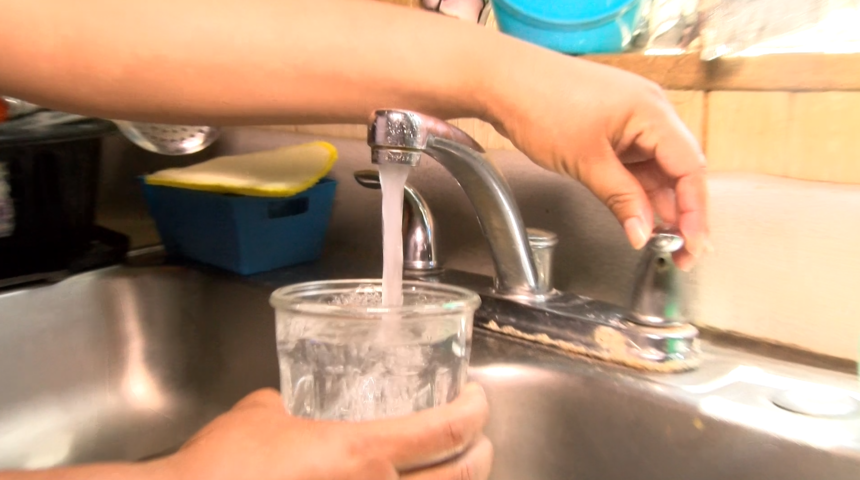 The Environmental Protection Agency said water that tested with dangerously high levels of arsenic at Oasis Mobile Home Park in Thermal has improved, but still isn't safe to drink.

At a meeting in Mecca Friday night, EPA officials said the water has tested clean since late October.

From April through September, tests showed levels of arsenic, a cancer-causing compound that occurs naturally in groundwater, more than 9 times the federal limit.

In August, the EPA issued an emergency order requiring Oasis to provide a gallon of water per person per day, free of charge. But residents said their rent was raised by $100 per month, and the bottled water was difficult to obtain.

The EPA called those points "troubling" and reached out to the mobile home park to ensure they were in compliance.

"The response that we received is that that rate increase was already pre-planned and was not associated with the alternate water requirement," said Roberto Rodriguez with the Environmental Protection Agency, Region 9, adding that they don't have the authority to address the increase.

The EPA anticipates arsenic will be completely treated within a few months.

A fill-up station is also available at the Galilee Center in Mecca.

Another meeting will be held at the Mecca Boy's and Girls Club from 9 a.m. to 4 a.m.