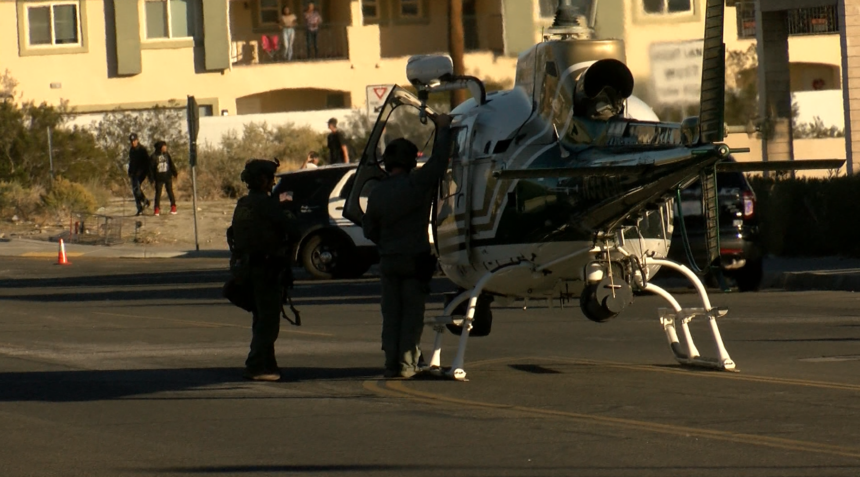 A man with felony warrants out for his arrest in two Southern California counties is in custody after an hours-long standoff with police in Desert Hot Springs.

Desert Hot Springs police got word after 1 p.m. Friday afternoon that an armed and dangerous man was hiding out inside a boarded up car wash on Hacienda Ave. off of Palm Dr.

Police say there were felony warrants out for his arrest from Riverside and San Bernardino counties, but haven't revealed his identity or what the warrants were for.

Police swarmed the area with guns drawn, and the Riverside Sheriff's Office SWAT team rolled up in armored vehicles. A Sheriff's Dept. helicopter landed in the street as police tried to make contact.

People nearby said they were warned to steer clear of gunfire.

"Cops were saying that there could be a possible shootout but nothing like that ended up happening," said Alexianna Mendez.

Chief Jim Henson with Desert Hot Springs police said they surrounded the building, evacuated the immediate public and began negotiating with the suspect.

"Prior to SWAT having to do anything or make entry, the officers were able to communicate with him and he eventually came out on his own," Henson said.

Stay with News Channel 3 on this developing story.