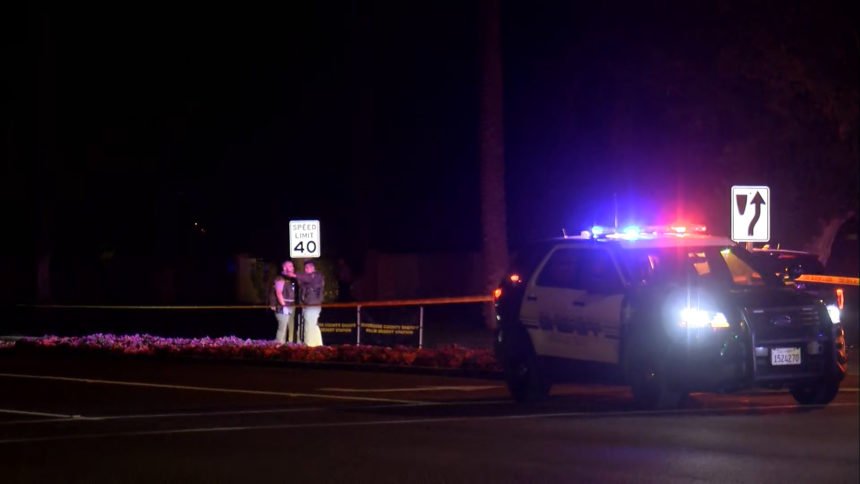 UPDATE: The sheriff's department tells News Channel 3 the person who died is a 22 year old woman.

Her name has not yet been released.

The driver of the minivan is a 41-year-old woman who was questioned and released.

A pedestrian was struck and killed by a vehicle Friday night in Indian Wells.

The crash occurred near the intersection of Highway 111 and Cook Street at approximately 9:44 p.m.

Deputy Robyn Flores, Public Information Officer for the Riverside County Sheriff's Department, told News Channel 3 the driver remained at the scene and is cooperating with investigators.

Drugs and/or alcohol are not believed to have played a factor in the crash, Flores confirmed.