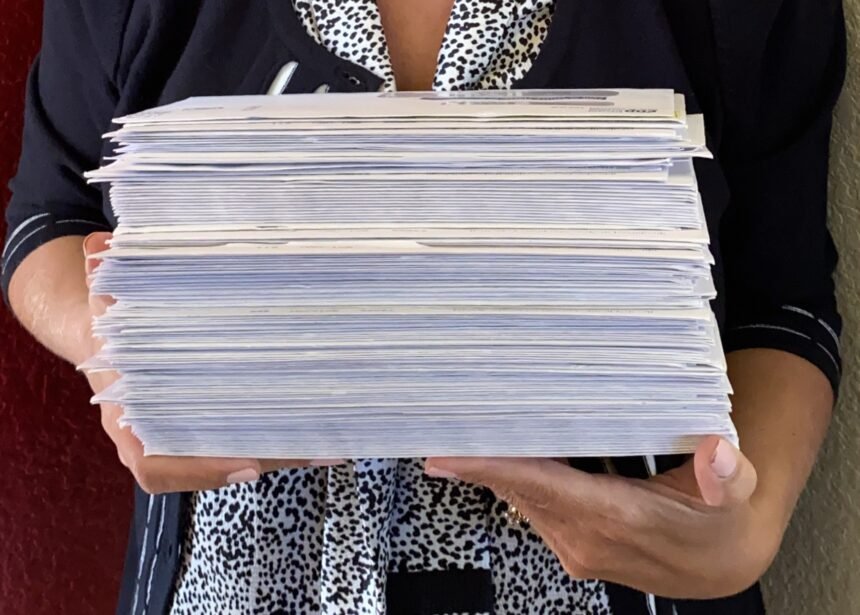 News Channel 3’s Dani Romero has more on the concerns these letters are raising.

“A week and half ago we received one piece of mail from EDD, just like this one I received today. that's not mine," said Thomas Dawson.

Its been an alarming amount of letters delivered to Thomas Dawson’s home in Murrieta all coming from the Employment Development Department.

“This is ridiculous. something needs to be done. Something's wrong because most of these came out of Rancho Cordova, which is up in Sacramento area, San Francisco, Fresno, San Jose, San Bernardino EDD offices," said Dawson.

Dawson told us he has received over hundred letters all addressed to 33 different people and 49 of those came in one day.

“No, ma'am, I don't know any of these people." said Dawson. "I've lived here for 18 years. I've never gotten mail like this from the government.”

Dawson said this has never happened before.

“Very concerned because a lot of these people could be struggling, trying not to lose their houses, to lose their cars, you know, putting food on the table," said Dawson.

That stack of unemployment letters also was stamped as time sensitive material.

“I can feel that there's a card in here, somebody is waiting for this," said Dawson. "Maybe it's legit. Maybe it's not. I don't know.”

Dawson brought his concern to our State Senator Melissa Melendez.

“We are trying, but we want an audit of EDD to find out what in the world the problem is so we can fix it," said Senator Melendez. "I'm not looking to bash the folks that work at EDD. I'm sure they're doing the very best they can. They need more people, but we can't fix something if we don't know what the problem is.”

We reached out to EDD and they sent us this statement that reads in part:

"It’s extraordinarily unfortunate that fraudsters tend to become much more active during emergency situations like the current COVID situation, exploiting the very efforts California and all other states are taking to issue benefit payments as quickly as possible to workers impacted by this historic pandemic. The EDD’s investigation team is aware that people are receiving multiple pieces of EDD mail while asserting they have not filed an unemployment claim. Our investigators are working with local, state, and federal partners in exposing fraudulent schemes at the core of these multiple claims, developing methods to stop and prevent such claims from being paid, and prosecuting the unscrupulous offenders to the fullest extent of the law.  The EDD has information posted on our website encouraging people who do receive such mail or witness other suspicious activity to report it to EDD right away."