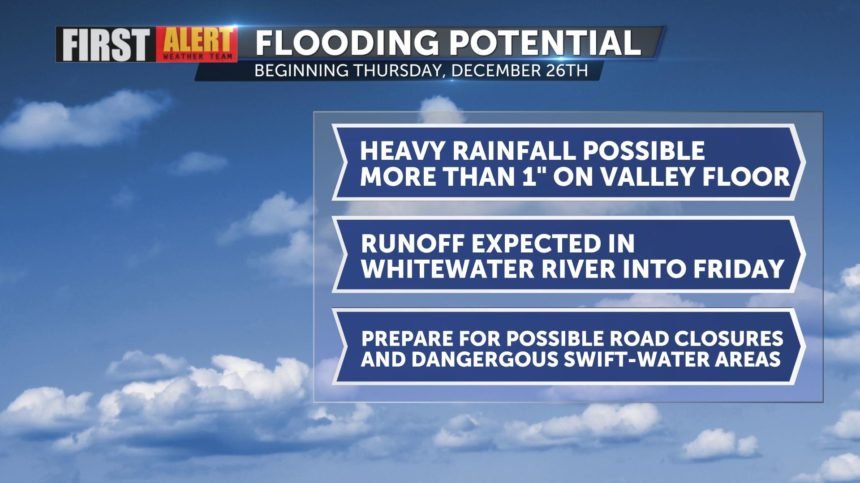 ...and clouds were returning into the desert sky. Partly cloudy skies will persist throughout Wednesday.

Cooler temperatures return tomorrow with highs near 60°. Continued cooling into Thursday as the second storm system of the week moves into Southern California.

A Winter Storm Watch has been issued for San Bernardino and Riverside county mountains, as well as the High Desert. Heavy snowfall is possible down to 4,000' but still, lower elevations around Yucca Valley and Joshua Tree can expect some snow as colder air rushes into the Southland.

A quick shower is possible Wednesday but the main event is Thursday. That's when the Coachella Valley will become drenched beginning in the morning hours.

1-2" of rainfall is possible, heavy at times, through early Friday morning.

Runoff in the Whitewater River is expected and may lead to road closures along the wash. Low water crossings are likely to flood. Prepare to find alternative routes if you must be on the roadways. Travel with caution. 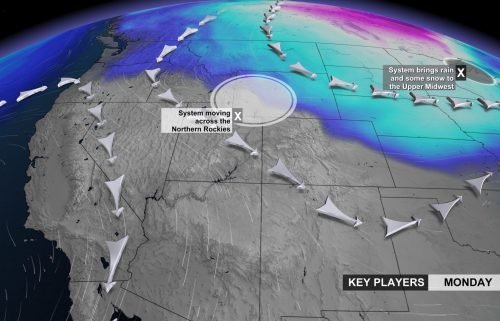