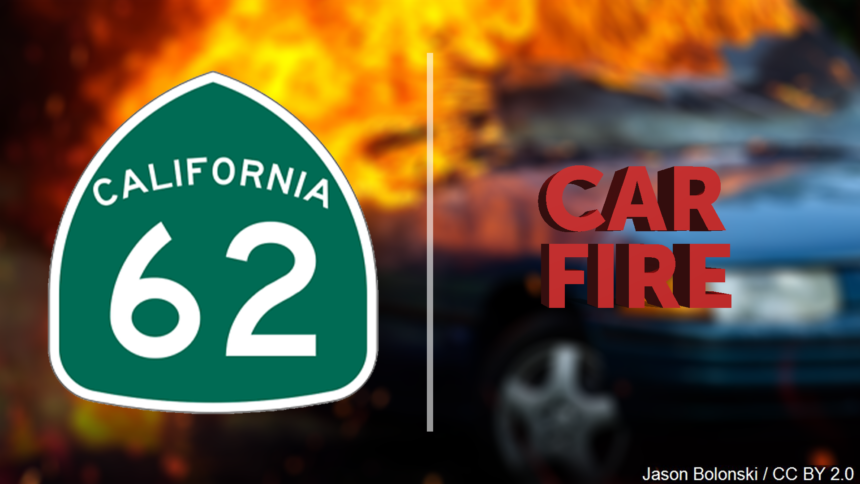 A car fire was causing a considerable traffic backup on State Route 62 heading toward the High Desert on New Year's Day.

The fire, which was reported at 12:32 p.m., was causing traffic to back up starting near the intersection of Highway 62 and Indian Canyon Drive.

Viewers called into News Channel 3 and said that as of 1:40 p.m., traffic was not moving.

According to CHP, the number 1 lane of the highway had reopened as of 1:35 p.m.

A tow truck encountered difficulty clearing the scene due to the traffic congestion.

There was no information provided on injuries.