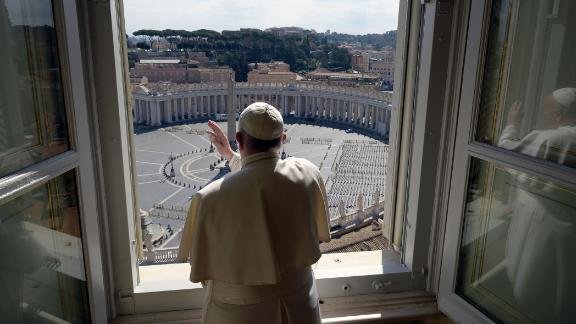 The Catholic community is responding the Pope’s endorsement on same-sex civil unions.

News Channel 3’s Dani Romero spoke with Catholic leaders and the LGTBQ community on the impact this could have for the catholic teaching.

A historic move from Pope Francis as he’s the first Pope to support civil unions for same sex couples. His comment breaks from the traditional position of the Roman Catholic Church. But now, Catholics from the LGBTQ community said its a step in the right direction.

“No pope has ever come forward and said this much,"said Cathy O'Connell. "It's not saying yes, you can get married in the church yet, but it's saying we have to be inclusive. We have to open, it's a crack, it's opening the window.”

Cathy O'Connell was raised Catholic but steered away from the church when she felt there was no support for gay couples.

“I mean, I never thought that I would ever be able to marry my wife in the Catholic Church," said O'Connell. "I never would have even chosen to. I left the Catholic Church 20 plus years ago when I knew they were not absolutely supporting and inclusive at all. But the possibility for couples going forward that they might have that choice opens a whole lovely world.”

In a new documentary titled "Francesco" that premiered Wednesday in Rome, the pope calls for civil union laws to protect same-sex couples and their families.

“I can't speak for whether we agree with it or not. We agree with the Pope's teaching that we need to be inclusive of people and that a different sexual orientation doesn't mean that you're not allowed to participate in the church," said John Andrews, Director of Communications for Diocese of San Bernardino.

Communications Director for the Diocese of San Bernardino, John Andrews said this does not change the doctrine of the Catholic faith as of now.

“ i think that's important. none of us choose our sexuality and everyone certainly, including gays must be treated with respect, with compassion, with a sensitivity. and i think that every side of unjust discrimination has to be avoided. god's privileges are for all people.”

“I think that's important none of us choose our sexuality and everyone certainly, including gays must be treated with respect, with compassion, with a sensitivity," said Msgr. Howard Lincoln. "And I think that every side of unjust discrimination has to be avoided. God's privileges are for all people.”