China is in the middle of a boom in rural tourism as city dwellers escape the country’s rapidly expanding urban centers to head out to small communities, farms and orchards for a taste of the simple life.

And the Chinese government couldn’t be more pleased.

China has one of the largest domestic tourism markets in the world. The Ministry of Culture and Tourism estimated there will be more than four billion trips made across China in 2021, a market worth just over $500 billion.

With international tourism all but impossible due to the ongoing pandemic and quarantine restrictions, a demand for domestic alternatives isn’t surprising — especially as China is home to 55 UNESCO World Heritage Sites.

But Chinese tourists aren’t just heading to their country’s historic and natural wonders — some are looking for something a bit different.

In posts to Chinese social media site Weibo, one user named Ancailie said after spending a day picking mulberries, watching rice grow and eating home-grown food she was “much happier.”

Another user, laozhenyiwen, described how they had gone to the country to fish and eat seafood for the recent May Day holiday, happy to have “avoided crowds.”

Chinese-owned Trip.com Group, one of the world’s largest online travel agencies, said by March 2021, rural tourism trips in China had increased year-on-year by more than 300%.

The trend is so lucrative that Trip.com is planning a “five year action plan” to promote rural tourism, which includes cultivating 10,000 professional agents with a focus in the area and investing 1 billion yuan ($150 million) in rural tourism industry funds.

Zhou Mingqi, founder and general manager of Shanghai Tour Guide Enterprise Management Consulting, said Chinese people were getting tired of the lack of leisure opportunities and unique experiences in the country’s big cities.

“There is a need to experience a different kind of life, like idyllic scenery or countryside life, to change a lifestyle on the weekend,” he said.

Wang Shang works for a Beijing-based company that helps coordinate countryside tours and activities. She said that in one of the hotels she worked for, visitors can experience growing their own food, practice farming and learn about the region’s traditional crafts and customs.

“Most weekend trips guests are kindergarten or elementary school students and their parents,” she said.

While some of the countryside hotels are quite elaborate, others can be reasonably minimalist, with activities as simple as picking strawberries, visiting folk museums or attending local operas.

In Wang’s opinion, there are two main reasons why people were enthusiastic to vacation in the countryside — the isolation, and experiencing a healthy lifestyle.

One of the hotels Wang worked at, in eastern Shandong province, opened in May 2020 — just after the worst of the initial Covid-19 epidemic in China — and it was quickly filled by people looking to holiday in the relative safety of the countryside, she said.

“The population density of rural areas is low, and virus prevention and control have been done well. So many urban families choose to go (there),” she said.

Additionally, in a country where scandals over contaminated food and products used to be common, Wang said tourists were also drawn by the potential for healthy, fresh produce in rural areas.

Wang said visitors from big cities come to buy flour, noodles, meat, eggs, honey and liquor, among other items. “For each parent-child trip, we will arrange picking or planting activities so that children can learn about the crops. Parents are also very willing to take their children to play in the mud,” Wang said.

“The guests go into the village to drink soy milk, watch the piggies in the pigsty and so on. Guests like these activities.”

The trend has also been pushed by Chinese internet influencers such as Li Ziqi, whose beautifully-shot videos of simple living in rural China, set to peaceful music, have garnered tens of millions of viewers.

In one video, Li plants seeds to grow soy beans and then make soy sauce. In another, she picks peaches and berries to make jam, creating it naturally without any food additives.

But despite the appearance of an authentic country experience, Zhou said that a growing amount of rural hotels and villages were trying to attract visitors.

Some rural areas were even engaging professional organizations to try to improve their appeal, Zhou said, planning and design experts who specialize in bringing in tourists.

The rapid growth in rural tourism isn’t just the result of the pandemic or rapid urbanization in China. It’s also a major government policy.

Under President Xi Jinping, the Chinese government has been attempting to revitalize rural areas and support poor citizens in the countryside through a program of poverty alleviation.

As a growing number of rural dwellers move to the city for greater opportunities, small towns have increasingly struggled to support themselves. Under Xi, the Chinese government has put in place a massive program of spending, loans and public works designed to lift every citizen in the country out of absolute poverty.

And as early as 2017, rural tourism was identified by the Chinese government as an important part of the poverty alleviation campaign.

In November 2020, the Chinese Communist Party announced it had accomplished its goal, although Premier Li Keqiang pointed out in May about 600 million Chinese, around 40% of the population, still earn an average of just 1,000 yuan a month ($150).

But the policy has meant huge investment in rural areas by government officials. In December, state-run news agency Xinhua said the Chinese government had spent $656 million (4.3 billion yuan) improving “cultural progress and tourism development” in impoverished rural areas between 2016 and 2020.

According to Xinhua, in southwestern Yunnan province alone more than 800,000 people were “lifted out of poverty” thanks to rural tourism, with the industry generating more than $130 billion in revenue for the province in the past five years. In recent years, Chinese state-run media has been full of stories about villages across China employing thousands of people by attracting city-dwelling tourists.

But not every investment has been a success. With large amounts of money on offer and targets to be hit, Shanghai’s Zhou said that some projects — especially in remote areas that are hard to access — had yet to see a return on investment.

What to expect in the future

Wang, from the tourism company, said she believed rural sightseeing was only just beginning to take off and in the future, it would focus more on China’s myriad of local cultures.

“Looking at the agricultural and rural development policies in recent years, I think that rural areas have lots of potential,” she said.

“For countryside hotels, I think there will be more tourism products with content based on local culture in the future, which are in-depth cultural tours.”

The national government doesn’t appear to be backing down on its promotion of rural tourism. In a draft of the Chinese Communist Party’s 14th Five Year plan, which will run from 2021 until 2025, the government called for further strengthening of “leisure agriculture, rural tourism and the homestay economy.”

Zhou, from Shanghai Tour Guide Enterprise Management Consulting Company, said with rural tourism being supported both by government policies and customer demand, the future was bright.

“I am definitely optimistic about the overall prospects,” he said. 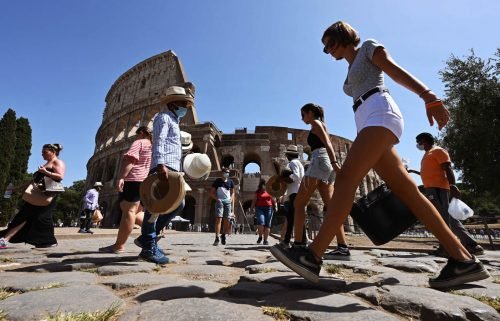 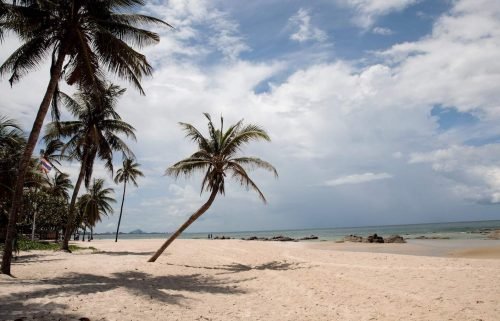 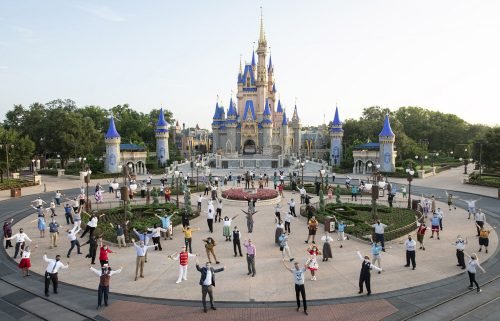