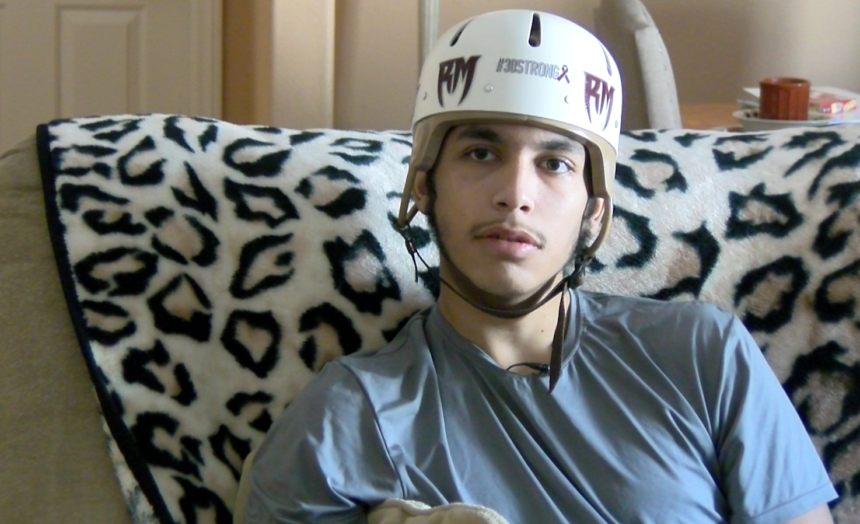 We are continuing to follow Israel "Izzy" Ramirez’s journey to recovery after a serious brain injury. News Channel 3’s Caitlin Thropay has been following this story from the beginning and visited him at his home to see what his new reality is looking like.

On Tuesday Izzy walked out of the hospital doors and headed home for the first time in almost two months.

We sat down with him to see how he’s feeling now that he’s home.

As for his first night not having to sleep in a hospital bed Izzy tells us, "It feels good to be back in my own bed."

He’s able to do many every day tasks like brushing his teeth and tying his shoes. Doctors advise him to go for a walk every day, but Izzy says he misses running.

“Running is something I’m really frustrated that I can’t do yet," he said. "It’s just something I really want to do," he added.

He wears a helmet everyday except for when he’s sleeping, which helps protect his head until his next surgery at the end of November where doctors will put a piece of his skull back.

After his surgery, he’s going to start home school at the beginning of next year and hopes to be back at Rancho Mirage High School next school year.

Izzy, who was adopted at birth has a very inspiring life story and now that he has gone through a serious near death brain injury he says being a motivational speaker has been on his mind lately.

“Being a motivational speaker and just being someone to help out other kids who are either struggling, low income, or in a bad neighborhood, or they’re just going through what I'm going through," he said.

Stay with News Channel 3 as we continue to follow Izzy's road to recovery.