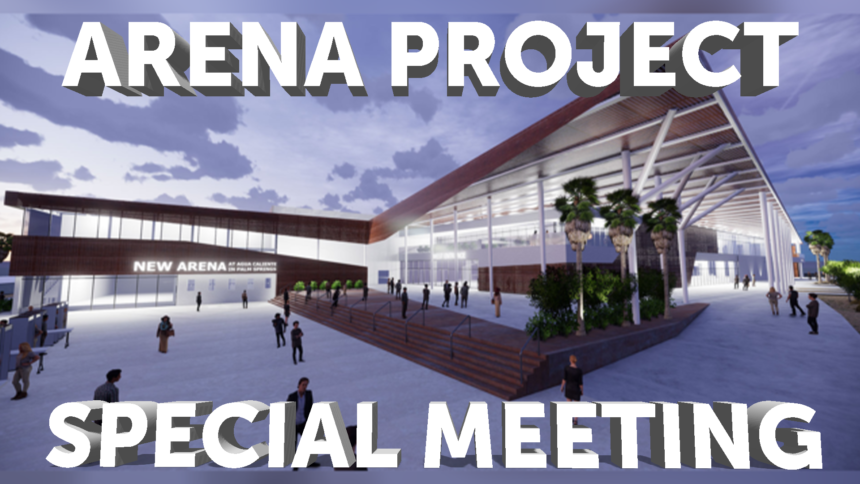 The city of Palm Springs will be holding a Special City Council meeting this week to gather public input on the planned downtown arena project.

The meeting is slated for Thursday at 6 p.m. at the Palm Springs Convention Center located at 277 North Avenida Caballeros.

"[The meeting] will be the only opportunity for the community to
share input on important issues such as parking and traffic mitigation
related to the arena project, located on the northeast corner of North
Calle Encilia and East Amado Road," read the city's news release on the meeting. "Representatives from the AguaCaliente Band of Cahuilla Indians are expected to join the City Council for the meeting. "

In June, the tribe first announced its plans for the 10,000 seat arena. Partnering with the Oak View Group, the primary driving force behind the NHL's 32nd franchise, the tribe secured the rights to the new the AHL affiliate of the eventual Seattle franchise.

The complex, which is designed with a largely underground structure, is expected to have a modernist feel with a low profile to not obstruct mountain views. Its footprint is 300,000 square feet, with a 173,000 square-foot arena, 44,000 square feet for locker rooms and support facilities, and a 35,000 square foot practice facility.

The venue will all serve to support concerts and live events, and is set to be designed to be able to support basketball games as well. The Agua Caliente Band of Cahuilla Indians is currently the title sponsor of the Agua Caliente Clippers, the Los Angeles Clippers' Ontario-based G-League affiliate.