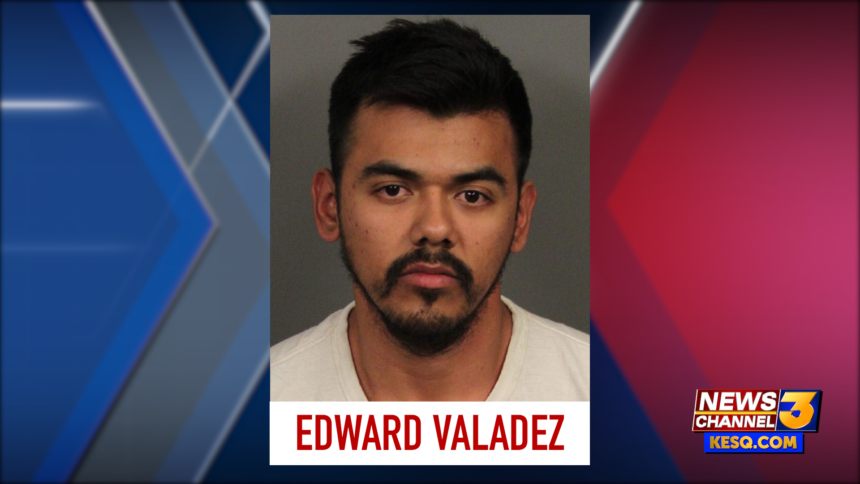 A Coachella Valley Unified School District employee is out on bail following reports of an alleged sexual relationship with a student through social media.

According to the Riverside County Sheriff's Department, on Thursday, CVUSD officials alerted officials and the Thermal Sheriff's Station began an investigation.

Authorities found Valadez at Valle Del Sol Elementary School, where he was placed under arrest. He was booked at the county jail in Indio for the charge of lewd acts with a minor.

His official charge is listed as felony count -288.5 (A) (1) Arranging a Meeting With a Minor for Lewd Purposes.

News Channel 3 spoke to Celida Contreras, parent of 11th grader at Coachella Valley High School, reacts to the news that a school district employee was arrested.

"I am in shock right now because I am thinking my son is on the safe school and knowing this its like serious," said Contreras. "We probably find out from different parents not from the school because they don't let us know so that is something serious."

"Yeah I need to look through single thing you know. I have Instagram and I have all that social media things so i need to find out whats going on," said Contreras.

Maria Gandera's, superintendent of Coachella Valley Unified School District, made a statement on the arrest of CVUSD employee.

"District administrative staff were notified of reports alleging that in-appropriate messages and images were sent by a substitute employee to a student via social media.  Law enforcement was immediately contacted and began an ongoing investigation with District assistance.  The substitute employee was subsequently arrested.  The safety and security of everyone in our educational community continues to be our primary consideration as we strive to provide a quality educational experience.  We urge staff, students, and parents to immediately report incidents of this nature to law enforcement or the district."

Parents will still remain on alert.

"Its something that we as parent we need to verify what's going on especially checking into my son's phone , you know?" said Contreras.