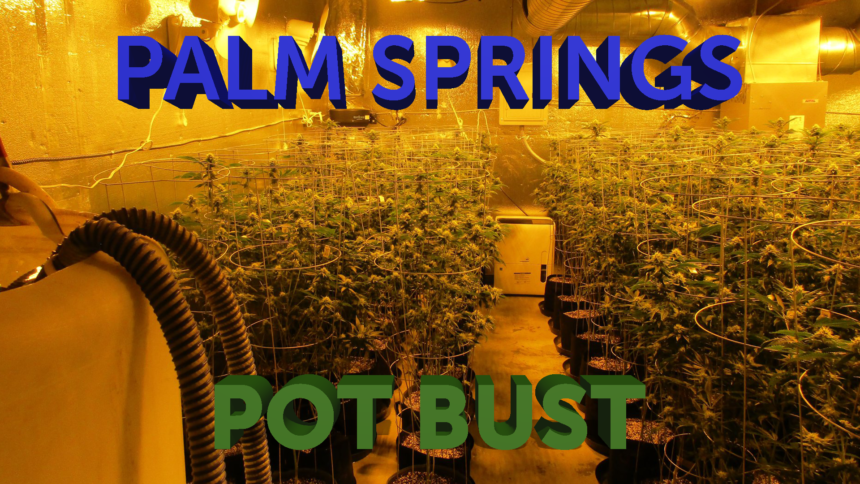 On December 5, Palm Springs Code Enforcement officers received a report of water flowing out of a garage of a residence on the 2900 block of Chuperosa Road. Responding officers noticed an intense smell of marijuana at the reported location upon arrival and notified detectives from the Riverside County District Attorney's Office Cannabis Regulation Task Force (CRTF).

CRTF is a multi-agency outfit which includes a PSPD detective, according to the PSPD news release.

A search warrant for the residence was acquired and task force members made entry into the unoccupied residence. The search revealed several rooms converted for marijuana cultivation, hazardous electrical modifications, and 340 mature marijuana plants.

The plants were seized and electrical modifications rendered safe. No suspects were identified or arrested during the warrant service.

"Detectives are requesting anyone with information related to this investigation to contact the Palm Springs Code Compliance Division at 760-778-8434 or the Riverside County District Attorney’s Office Cannabis Regulation Task Force at 951-955-9317," read the PSPD release. "Anonymous information can also be provided to Crime Stoppers at 760-341-7867."