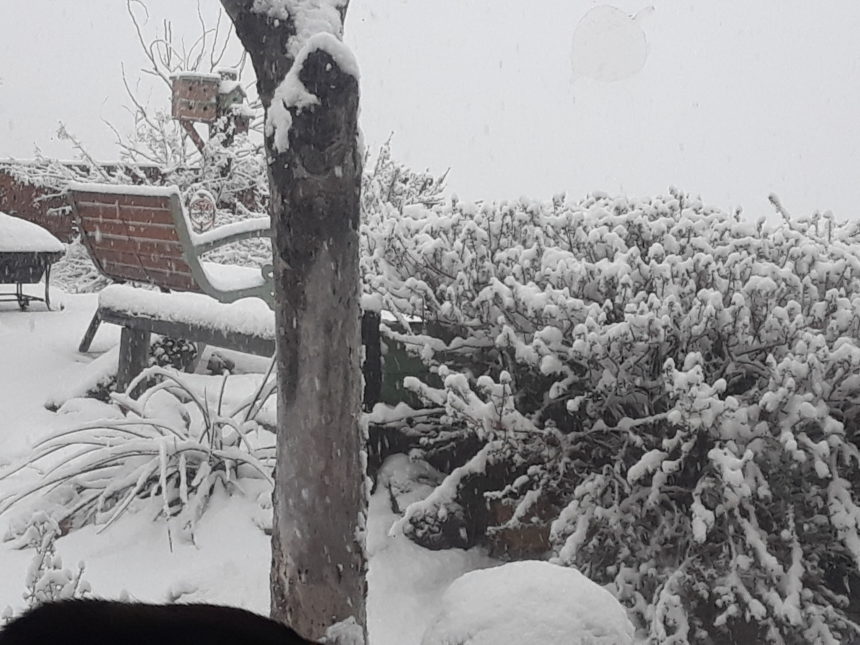 Parts of the high desert are blanketed with snow. The areas, including Yucca Valley, were hit after a storm rolled through over Christmas.

“This is the heaviest snow we have ever seen,” said Judy Dahl, a Yucca Valley resident. “And we open up our blinds so that we can see all the snow coming down.”

The heavy snowfall had many excited.

“Jumped out with my pj’s took pictures we didn’t think there was going to be snow actually but we came prepared and these are really big snowflakes so we are really excited,” said Lily Pulido, a Los Angeles resident.

And while the roads in the high desert were slippery and slushy, some didn’t come prepared.

“No, we didn’t bring snow chains but we are happy we are here,” said Lupe Pulido, a San Francisco resident.

Lupe says she plans to make it work.

“We have driven in the snow before we will take any precautions if there is any signs,” Lupe said.

This is the second snowfall of the year in the high desert. Car experts want drivers to remember to be careful when hitting the snowy roads on the highway.

“Definitely need to keep your speed down. Turning at a fast pace is also not recommended. Hitting your breaks very early before a stop is also recommended because you go and try to hit your breaks too hard again you are going to hydroplane into a curb and into another car or into somebody you don't know,” said Joshua Sackett, Jiffy Lube’s automotive technician.

Locals have one last tip for those driving in the weather conditions.

“Drive slow and enjoy the snow.”