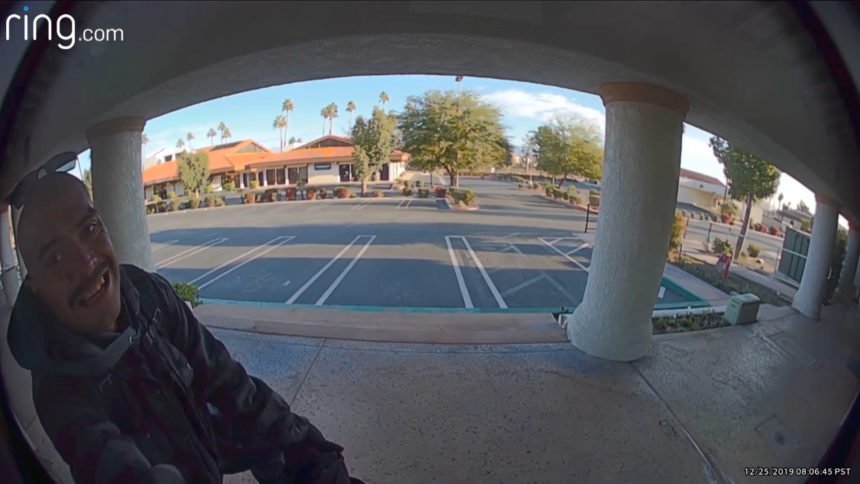 A business owner on El Paseo is asking for the community's help in identifying a person who attempted to break into his office on Christmas Day.

The thief wasn't able to get into the office but was able to steal the battery out of the Ring security device outside of his building.

The suspect looks at the camera and, after a few moments, figures out how to remove the battery.

The owner of Tri-Vorfex Institute filed a police report and tells News Channel 3, the Riverside County Sheriff's Department told him the suspect could be a part of a one-man crime spree over the day but that he was not affiliated with any of the other incidents.

If you have any information on the crime, Call Valley Crimestoppers at 760- 341-STOP. Tips can remain anonymous and you may be eligible for a cash reward.