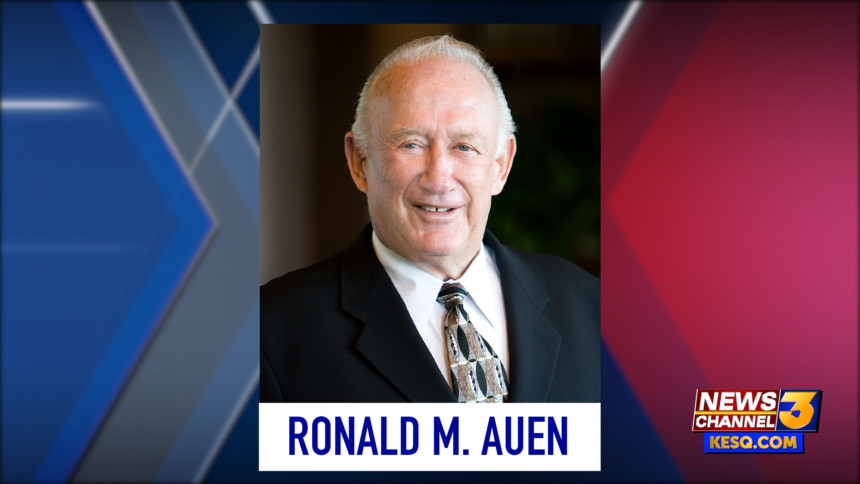 2019 has been another great year of Coachella Valley Spotlight grant presentations, as News Channel 3, in partnership with the H.N. and Frances C. Berger Foundation reached out to nonprofits in the community with generous helping hands.

While the year brought many celebrations, 2019 also saw the passing of beloved Ronald Auen, the longtime president and chairman of the board for the Berger Foundation.

News Channel 3’s Caitlin Thropay met with some former Spotlight grant recipients who shared how they were impacted by the work of Mr. Auen and the foundation.

“The Berger Foundation set the benchmark for giving and the way they give,” Ann Greer, Board President for Act for MS told News Channel 3.

Helping set that benchmark was Ron Auen who passed away in November 2019.

“When they told me he passed away my wife and I started breaking down. It was very emotional,” Lee Espinoza, Director of Coachella Valley Bocing Club said.

Under Ron’s leadership, the organization contributed more than $800 million to charities, since 1988.

“It’s because of the work that they’re doing directly and the gifts and grants that they’re giving directly to the individual organizations that helps the individuals patients and then those patients are going out in the community and contributing to the community in some very meaningful ways,” Doug Morin, Executive Director for Coachella Valley Volunteers in Medicine said.

“Ron was a man of few words but he was a man of action and what I remember most about him was his smile,” Greer said.

“He was the nicest person you could meet and he treated everyone the same,” Espinoza said.

“I think Ron will really be missed because of his leadership and his direction and his thoughtfulness, his compassion and understanding for the work he was doing and the work he directed the foundation to do,” Morin added.

Ron Auen died at 87 years old. He will greatly be missed.