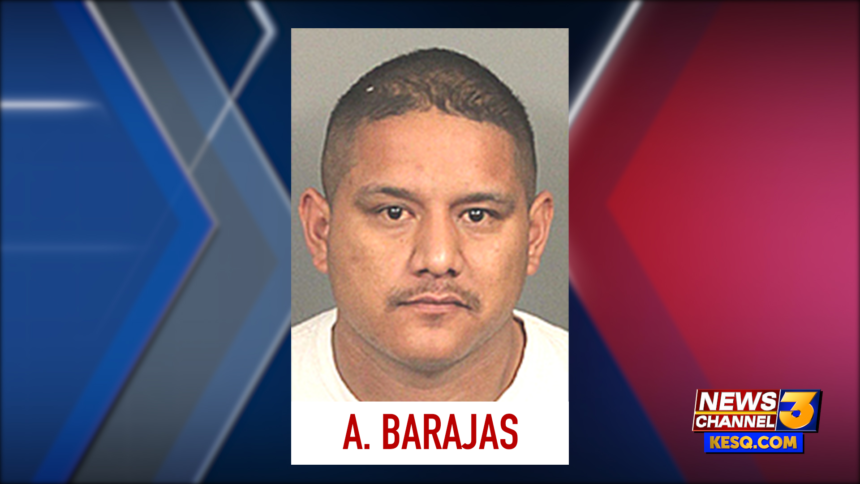 A man was arrested on Monday for allegedly stealing agricultural equipment near Mecca.

At 7:11 p.m. Monday, Riverside County Sheriff's deputies assigned to the Thermal Station Agriculture Liason attempted a traffic stop on a green 1997 Dodge Ram near the intersection of Avenue 64 and Pierce Street in unincorporated Mecca. The vehicle failed to yield and continued ono a dirt road.

After a short pursuit, the vehicle came to a stop and the driver, 30-year-old Thermal resident Adrian Barajas, bailed out on foot and attempted to escape pursuing deputies by scaling a fence, according to RSO. According to county jail records, he was arrest at 7:12 p.m.

Deputies searched the suspect's truck and reportedly found a stolen forklift and components removed from a windmill on a nearby ranch.

"This investigation is on-going and anyone with any information is encouraged to contact Agriculture Liaison Deputy Lorton at (760)863-8990," read RSO's release on the incident.

At the time of his arrest, Barajas was out on bail for three prior felonies. He was booked into Indio Jail and a bail enhancement was obtained.

County jail records show that he is being held at Southwest Detention Center in Murrieta on $500,000 bail. He faces three felony charges: taking a vehicle without the owner's permission, committing a felony while out on bail, grand theft of agricultural equipment, and a misdemeanor county of evading police.