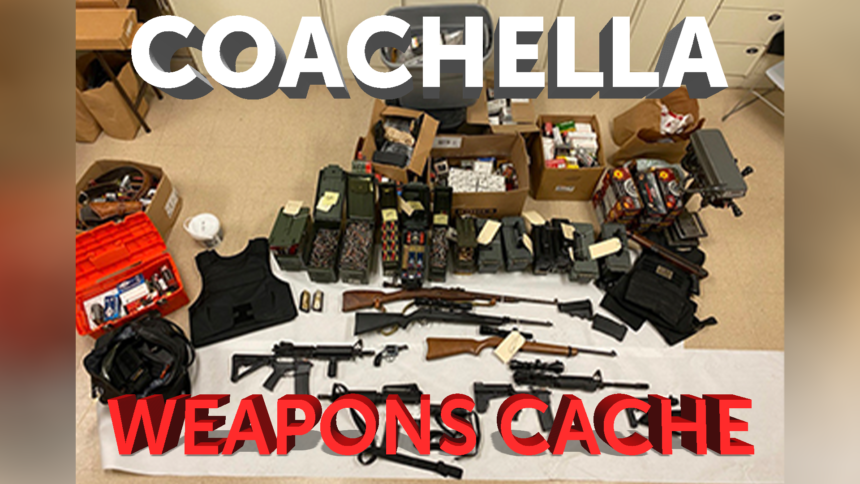 A half-dozen rifles, two sets of body armor and about 10,000 rounds of ammunition were among the items seized by deputies at a Coachella home, the Riverside County sheriff's Department reported today.

Deputies served a firearms-related search warrant in the 53000 block of Calle Bonita about 2 p.m. Monday, according to the sheriff's department.

In addition to the guns, body armor and ammunition, which included armor-piercing rounds, the search yielded about 50 AR-15 assault-style rifle magazines and a drill used in the production of rifles, sheriff's officials said. No arrests were reported.

The warrant was served by deputies from the department's SWAT team and the Coachella Valley Violent Crime Gang Task Force.