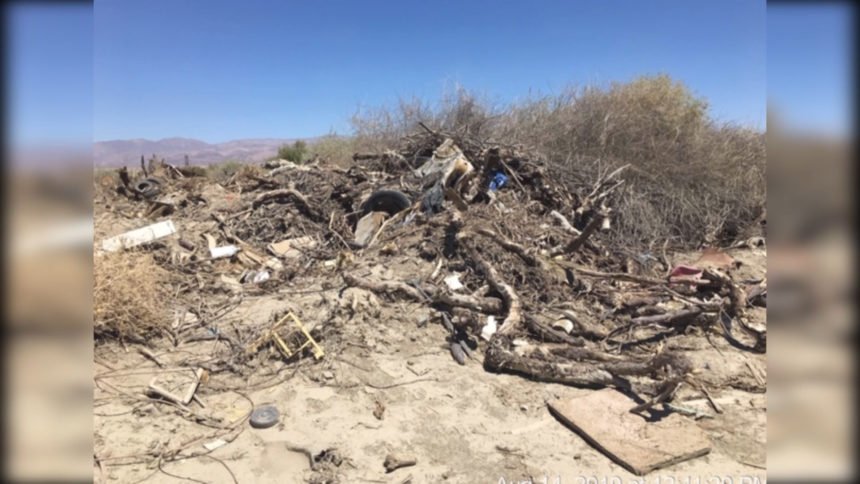 Riverside County reports that a Thermal property near 52nd Avenue and Fillmore Street, which contained mulch and other materials, has been cleaned up.

Illegal dumping and mulch fires have been an issue in the East Valley for years.

“This is just the first one. There’s a whole bunch of them coming," said Riverside County Supervisor V. Manuel Perez.

His office released images showing tires, debris and green waste on the property dating back to August. New images reveal a cleaner are, with the exception of a few piles of tires.

The site was brought to the attention of "The Riverside County Combustible Materials Taskforce." It's made up of local lawmakers and agencies, such as the Environmental Protection Agency, Bureau of Indian Affairs, the Torres Martinez Desert Cahuilla Tribe, CalFire and others.

Supervisor Perez says the owner cleaned up the 31-acre lot, which brought it within compliance.

The action was largely set in motion after a mulch fire, known as the Martinez Fire, erupted at the Sun Valley Recycling Center off Avenue 66 in Thermal on October 14th. It smoldered for over a month, shut down local schools and emitted thick smoke into the air.

Perez says there must be a shift in behavior and attitude for the changes set to come.