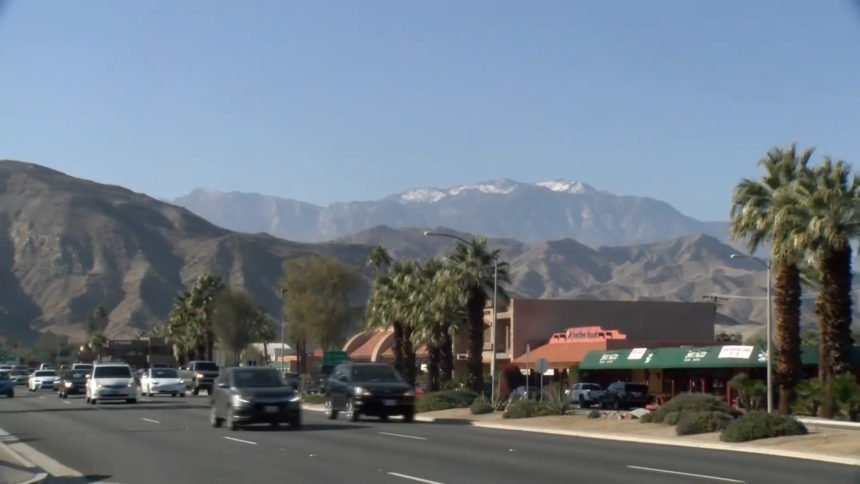 The City of Palm Desert is adopting a vote-by-district system, which will divide it into two factions.

"The expectation is that the city of Palm Desert, effective with the very next election which is November 2020, will convert to district elections," Palm Desert City Councilman Sabby Jonathan said.

Jonathan says the downtown city core district will have one council member representing that district, while the second district that surrounds it, will be at-large.

The first district covers areas like El Paseo, San Pablo Drive and surrounding neighborhoods. It's a result of a lawsuit the city is in the process of settling to comply with The California Voting Rights Act. Cities with a minimum of 50,000 residents must switch to districts to better represent minorities. As of July 1, 2018, The US Census estimated the city had more than 53,000 residents.

"We know that in the city of Palm Desert there are approximately 26% Latino voters, and the intention of 'districting' is to create at least one district in which a minority represents a majority," Jonathan said.

Some residents are all for it.

"I feel like if Latinos get better representation that should trump everything else, because look at me, I probably have plenty of representation everywhere," Palm Desert resident Taylor Hooper said.

Hooper also says she intends to look more into the matter and attend seminars to better understand what is going on in her city.

Another change to take place is ranked choice voting. Voters in both districts will have the ability to rank their favorite candidates. The first person to reach a majority of 50% of votes or more will win.

Meanwhile, the council will determine the boundaries of each district, but first they will need to rely on public comment.

The city is asking residents to weigh in. It's holding a series of public outreach seminars. The first one takes place this Wednesday at 6 p.m. at the Palm Desert Community Center. A second open house is scheduled for Sunday, February 12th. The first public hearing will happen the following day.

You can find more information here: