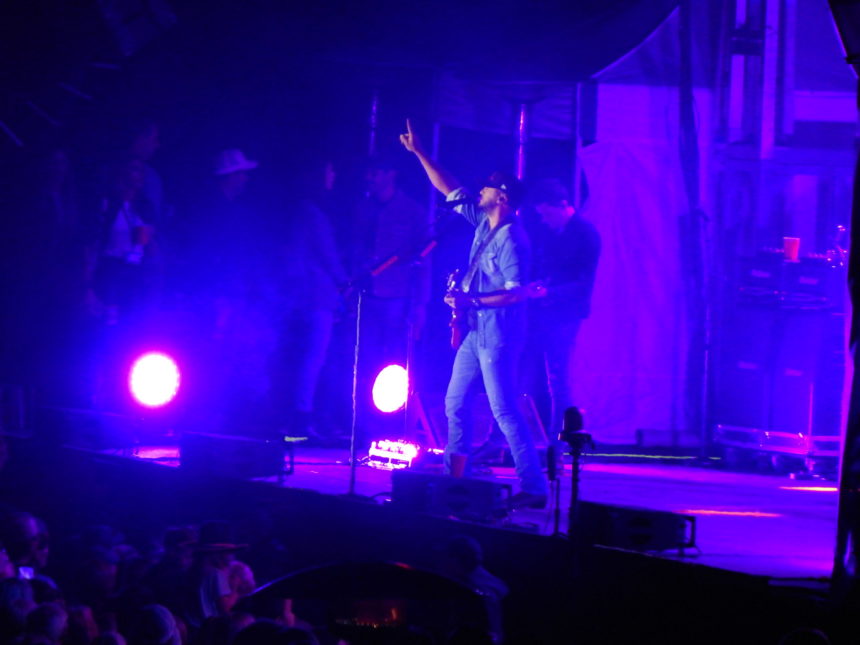 The City of La Quinta and PGA West residents responded to traffic issues at this year's American Express concerts.

The city told News Channel 3 staffing was increased for Saturday's night Luke Bryan concert to address the concerns after people were stuck in traffic for hours on Friday after the Stevie Nicks concert.

PGA West residents said it was a pain to get in and out of their homes during the tournament.

"Difficult because normally you just drive right in here and with an event like the concerts and tournament it was busier than normal, for sure and a little bit of anxiety.. right?" said John Hague.

"No way am I coming back Saturday it was that bad," said Hague.

"We heard it took two hours to get out of the parking lot," said Jill Sullivan, PGA West resident.

"We heard it took two hours to get out of the parking lot," said Ysolette Dailey, PGA West resident.

One comment read "leaving the parking lot was chaos. No traffic control."

Another comment read: "unless big changes are made to the parking situation it will be my last visit."

PGA West residents noticed the changes made on Saturday after the city addresses the traffic nightmare through a Facebook post.

"I just think they need to use more of the access routes in the back side of the facility here so its not just all one entrance through the gate," said Hague.

"There are several other gates so hopefully they can steer the traffic. They can use the other gates. It'll be fine," said Jeff Pierce, PGA West resident.

The city huddled after the first concert, changing its game plan.

The City of La Quinta released a statement to News Channel 3.

"The City of La Quinta, Lagardere (tournament planner/promoter), PGA West, Sheriff’s Department, Bowers Security, Master PGA West Association, and the Lagardere hired transportation company met Saturday morning to discuss mitigation measures for the Saturday night Luke Bryan concert crowd.   After that meeting, plans were made to make improvements to the routing/flow of traffic exiting PGA West in advance of the Luke Bryan concert that evening.   There will be a debriefing with all parties involved for the overall tournament later this week (it’s being scheduled)."

News Channel 3 reached out to the American Express tournament who also released a statement.

“While we are very pleased with the results of the event this year and the over one million dollars raised for Coachella Valley charities we also recognize that our fans experienced significant traffic delays departing the PGA West venue following the concerts on Friday and Saturdaynights due to the dramatic increase in attendance from the prior year. We apologize to our amazing golf and music fans and are committed to fixing the problem for next year!  Our goal for this event is to continue to provide the most affordable ticket to great golf and great music on the PGA TOUR and the best fan experience possible. The majority of the feedback we have received so far is that people had a very positive experience until it came time to leave the venue primarily on Friday night. Traffic control and greatly reduced departing times are our top two priorities and we have already started planning for next year and will be working closely with Mayor Linda Evans and the City La Quinta to improve on our event egress to make sure the parking and traffic flow is much smoother for all next year.”

The City of La Quinta gave News Channel 3 a list of concerns discussed at their mitigation after the Stevie Nicks concert.

-     Re-routing of cars exiting from the SilverRock parking area (Lot P) from Ave. 54 to Ave 52 (construction of Montage/Pendry project and land preparation/canal prevented that this year)

The city also said specific details have not yet been finalized for next year's event.