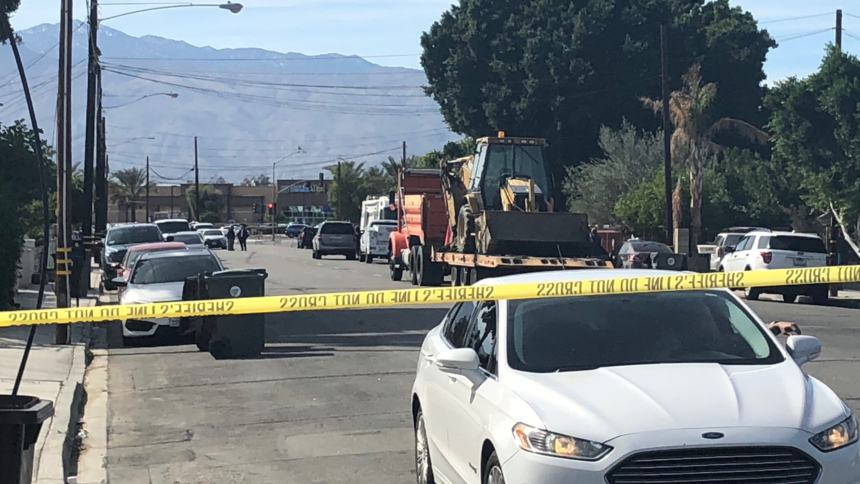 A heavy law enforcement response forced the closure of a road in Coachella Wednesday.

As of 6 p.m., heavy machinery and construction vehicles appeared to be digging in the yard of a home. A forklift carried out what appeared to be cement palettes from the yard.