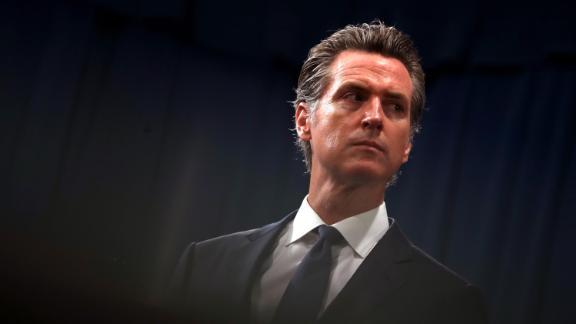 Gov. Gavin Newsom, speaking from a Motel 6 in Santa Clara County, addressed the state's efforts to curb coronavirus among the homeless population.

Newsom said California has the largest homeless crisis per capita in the country, even before coronavirus. He said there are at least 108,000 people unsheltered on any given day in the state.

The governor announced an update on Project Roomkey, his plan to convert hotels and motels to house at-risk people experiencing homeless.

Newsom said more than 4,000 people are already occupying 38 percent the rooms within a matter of weeks.

The project prioritizes homeless individuals who have tested positive for coronavirus, as well as those in congregate settings like homeless shelters. It is also geared toward helping the most vulnerable: the elderly, those with pre-existing conditions, and limited mobility.

The governor applauded a number of counties including Riverside County, which he identified by name several times, for excelling and doing more than others to help the crisis.

Newsom also called on a number of California cities and counties he said are impeding the efforts. He urged them to stop doing so during this critical time.

A northern California mayor at the press conference said this is an opportunity for cities to look toward finding longer term solutions for the homeless — purchasing hotels and motels for permanent homeless relief. The governor raised the question of how to pay for them, saying it's an issue that will endure beyond the pandemic.

Newsom said he is looking at the project potentially as a template for the rest of the country to follow.