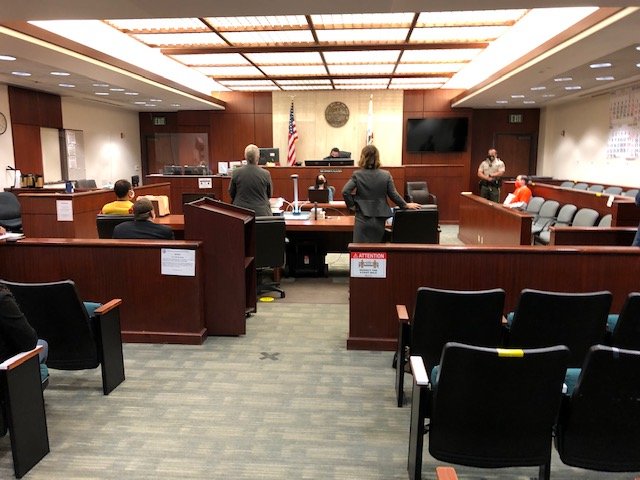 Already serving life sentences after their first trials in 2012 and 2011. they were back in court Tuesday morning for a trial readiness conference.

This appearances in Indio came after the court granted retrials for the men in the case involving the financially motivated murder of Clifford Lambert 12 years ago.

“It is sensational, it’s sordid and it’s complex,” said Dolan while talking about the case.

The retrials are happening because the judge in the first trial of Niroula and Garcia in 2012 made a derogatory remark from the bench regarding Niroula’s HIV status, which Garcia allegedly recorded on his court-issued laptop computer.

Last week in Riverside, the court agreed with Niroula’s assertion the judge’s comment showed bias against Niroula and Garcia who represented themselves in their first trial, clearing the way for retrials for four of the six men originally convicted in the case.

“There is a handful of legal issues that have to be resolved, and it’s a very old case,” said Dolan.

Lambert was stabbed to death at his Palm Springs home December 5th, 2008.

Two other men who pleaded guilty for their roles in the murder Craig McCarthy and Russell Manning, will not be retried.

During Monday’s proceedings, the judge granted Bustamante’s request to represent himself.

The judge also granted requests by Garcia and Niroula for more access to phones to call legal help and access to law libraries.

The judge also granting Niroula’s request for more access to medical care for treatments for HIV and cancer.

“This is a retrial and so it’s going to be complex,” said Dolan.

The start date for the retrial has not been set.

Another trial readiness conference is set for July 21st.

No word yet on whether the men will be tried separately or in pairs.