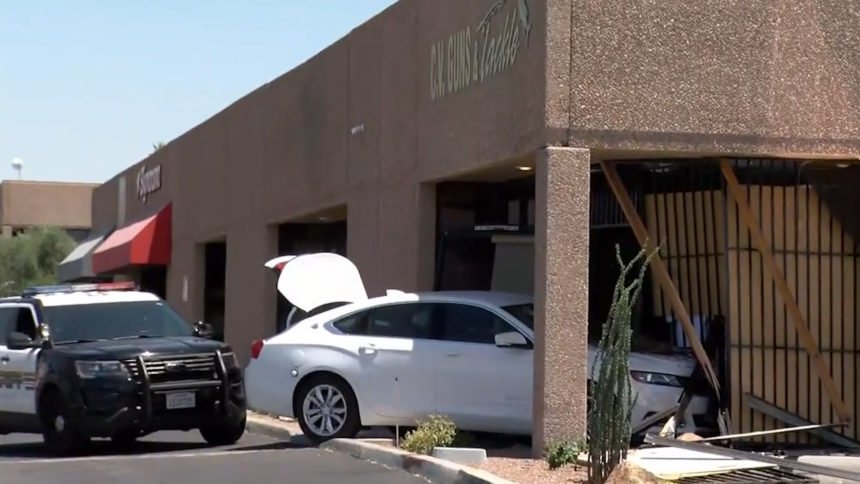 A man who was fatally shot by Riverside County sheriff's deputies responding to an alarm call at a gun store in Palm Desert was publicly identified today as a 33-year-old resident of the city.

Aaron Solorio Granados died at the scene of the shooting reported in the 41-000 block of Boardwalk on June 23, according to sheriff's Sgt. Deanna Pecoraro.

She said deputies responding to an alarm call at about 10:30 p.m. at a gun store in the area located a car plowed into the front entrance. After they established a perimeter, Granados allegedly exited the gun store while
armed, when deputies shot him.

Sheriff's officials declined to specify the name of the business, but C.V. Guns & Tackle at 41-945 Boardwalk is the only gun store in the area.

It remains unclear if the man fired shots at deputies, or if he pointed a weapon at them. It is also unclear if Granados stole anything from the store before departing.

Deputies involved in the incident were put on administrative leave following the shooting, but their names were not released.

"The deputies have returned to work but as for any other questions regarding this investigation, we are not able to release any further details," Pecoraro said Wednesday.

Granados has no felony or misdemeanor convictions in Riverside County, court records show.